What a fine mess the Europeans have made with their deluded dream of a common European currency for 17 countries with different languages, cultures, traditions and economic systems. As a result of the experiment with the euro, almost all countries along Europe’s southern rim are on the brink of bankruptcy. One of them is Cyprus. It, too, urgently needs a bailout. This week, the Cypriotic government needs €4bn to recapitalize the country’s second largest bank.

Cyprus, however, is in a comfortable position. The other beggars are forced to accept bailout from the European Union in exchange for diminished national sovereignty, EU imposed austerity measures, and direct supervision from Brussels over their budgets and economies. Cyprus, however, has an alternative. “We have other options,” the Cypriotic Finance Minister Vassos Shiarly recently told journalists in Nicosia. Economists expect that to keep Cyprus afloat, it will need between €25 and 50bn in the coming years. Nicosia, however, is resisting pressure from the other EU countries to take a first bailout package worth as much as €10bn.


Cyprus does not want to accept the strings attached to the European offer. The Cypriotic alternative is called Russia. Already last December, Moscow gave Nicosia a bilateral loan of €3bn. Eager, since the era of Peter the Great, to acquire a strategic foothold in the Eastern Mediterranean, Russia is now offering even more. And with President Demetris Christofias of Cyprus happy to accommodate his friend Vladimir Putin, there is no doubt that Nicosia will turn to Moscow rather than to Brussels.

Christofias is a Communist – he is, in fact, the only Communist leader in the European Union – and, under the EU’s rotating chairmanship, he will be chairing the EU meetings from July 1st until the end of the year.

As pointed out earlier, if Russia steps in, the strategic situation in the entire Eastern Mediterranean could change. Russia stands to gain most out of the eurozone crisis. Cyprus is a prey which it has long been eying. If Moscow loses Syria as its ally, it needs Cyprus as a substitute. Bailing out Nicosia is a bargain price to acquire a permanent naval base for the Russian fleet in the Eastern Mediterranean.

Cyprus is said to be so high on Russia’s priority list that President Putin himself is currently dealing with the €4bn loan request from Nicosia. The interest charged by the Russians is 4.5%, which is far better than Cyprus can get anywhere else. The financial risk for the Russians is limited. There is every chance that Cyprus will be able to repay their bilateral loans fairly soon. Nicosia hopes to start exploiting the huge gas reserves off the Cypriotic coast in the coming decade. With Russian help, it might even be able to exploit these gas fields within the next five years.

The gas fields are an additional reason why Cyprus is a good long-term investment for the Russians. But there are many other reasons. The Russian presence in Cyprus is already very strong. Cyprus is a favourite holiday resort for the Russian middle and upper classes. It could easily become a Russian Florida. Some 50,000 Russians – mostly retirees – are already living permanently on the island. They are attracted by its climate and by the cultural affinities with the Cypriots, who, like the Russians, are Orthodox Christians. Cyprus is also used by Russians as an offshore banking center. This, too, is why the Russians will do their best to support the Cypriotic banking system.

A Russian deal is a win-win situation for both Russia and Cyprus. As soon as Russia has acquired a solid foothold on Cyprus, the third largest island of the Mediterranean Sea, it will be able to drop Assad, thereby reducing the current diplomatic tensions between Washington and Moscow over Syria. Cyprus, on the other hand, welcomes Russian backing: its intention to exploit the gas fields has merely led to tensions with Turkey. With the Russian bear behind its back, it will be easier to deter the Turks. The pro-Turkish attitude of the EU authorities in Brussels has long angered the Cypriots.

Few regions in Europe have the importance of Cyprus. Situated on the doorstep of both North Africa and the Middle East, the island has been of strategic importance since ancient times. From Cyprus, the Russians will be able to reach the whole area surrounding Israel. Russia, an ally of Syria, has never been a close friend of Israel. This might change once Assad is toppled. Although the Russian bear has interests rather than friends – it dreads anything resembling a democracy, and is always on the prowl for its next lunch – the presence in Israel of many Jewish immigrants of Russian origin may lead to a slight rapprochement between Jerusalem and Moscow. If Russia, as a result of its interference in Cyprus, becomes involved in a quarrel with Turkey, this, too, might lead to superficially better, if unreliable, relations with Israel. The animosity between Israel and its NATO ally Turkey has been rising lately. There is little doubt that Putin, during this week’s visit to Israel, will discuss not just Syria, Iran and Turkey with the Israeli leadership, but also Russia’s growing involvement in Cyprus.

If Cyprus proves to be better off with Russia’s financial, political and strategic backing than Greece with the assistance of the European Union, the close relations between the Greeks and the Cypriots might convince Greece that it, too, should turn to Moscow rather than to Brussels for financial and economic help. A strategic realignment in the Eastern Mediterranean and the Middle East might then be in the offing. If the EU and NATO keep regarding the pro-Islamic government in Turkey as their preferred ally, before they know it they might be confronted with an alliance of Russia, Cyprus and Greece – a strong Christian-Orthodox axis against the Turks. And whom would this alliance target after that?
Originally published by Gatestone Institute http://www.gatestoneinstitute.org

The MOST INTERESTING JEWS of 5782 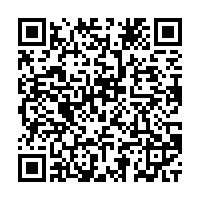