We are now seeing Russian and Chinese “stealth” aircraft appear, at least in prototype form. The Chinese have prototypes of the J-20 large fighter bomber, which looks as if it may enter service with the Chinese Air Force in 2018. In a recently published report on Chinese military power, the US Department of Defense wrote that the J-20 shows “China’s ambition to produce a fighter aircraft that incorporates stealth attributes, advanced avionics and supercruise capable engines.” Supercruise in this context means that the aircraft can fly at supersonic speeds for sustained periods of time. This has only been achieved by the now grounded US SR-71 Blackbird reconnaissance jet and the F-22.

Americans should get used to the idea that today’s military technological breakthrough will be commonplace on tomorrow’s battlefield. It costs a lot to develop and build the best military in the world.

If the pundits are right, and if major international war really is obsolete, it is largely due to America’s overwhelming military superiority: it makes adversaries reluctant to take us on. Maintaining this U.S. superiority is what keeps the world more or less at peace.

Russia, meanwhile, is working on the Sukhoi T-80, also known as the PAK-FA — a supposedly stealthy version of the SU-27 family of fighter bombers. The Russians have negotiated a co-development deal for this aircraft with India, which plans to buy around 200 of the stealth aircrafts.

Sukhoi has three T-80 test aircraft in operation, and hopes to have 11 more test aircraft flying before the first production model is delivered in 2013. The Russian air force is planning to have the T-80 in service sometime in 2015 or 2016, but its arrival in the Russian Air Force will probably be delayed. How effective the T-80 will be is open to question. Russia has developed some excellent combat airplanes over the years, but it has also built large numbers of fighters that have proven to be less than reliable, such as the 1970s’ MiG 23.

Meanwhile, the US F-35 Joint Strike Fighter program, which originated in 1993, grinds ahead. It has already cost US taxpayers more than $400 billion. By the time the last F-35 leaves the production line sometime in the 2030s, the whole program will have cost more than one-and-a-half trillion dollars.

The F-35 was supposed to be the final manned fighter airplane built by the US; after that, all combat flying would be done by drones — but things may not turn out that way. The US Navy has started preliminary work on a new manned fighter attack aircraft called the FA-XX.

The F-35 was also supposed to be a fine example of multinational cooperation. Certainly the US’s European partners, including the British, the Dutch, the Norwegians, the Italians and the Danes, all had memories of successful collaboration with the US Defense Department on projects in the past. America’s foreign partners are already suffering from “sticker shock,” but as they have already invested considerable sums in the program, probably few of these partners will choose to walk away.

Any real stealth secrets inherent in the F-35 will almost certainly leak out through these foreign partners. They may have already leaked. However since the classified technology dates from the mid-1990s, it can hardly be considered truly “cutting edge.”

Many Americans believe that Stealth technology is still an exclusive US military advantage and that the “Secrets of Stealth” must be preserved at all costs. Stealth, or as it is sometimes called, Low Observable Technology, has acquired an almost mythical significance. This myth tends to blind both political leaders in Washington and many media commentators to the true value of what is misleadingly referred to as invisibility. During the 1980 Presidential campaign, the Carter administration announced that it was working on an invisible bomber, which turned out to be the very expensive B-2 bomber, of which the US Air Force managed to buy a grand total of 21.

In the late 1970s, the US Air Force was working on a smaller Stealth aircraft, the F-117 Nighthawk, which secretly entered into service in 1982. Publicly unveiled in 1989, the US Air Force hailed it as a giant breakthrough in its military technology. That was nearly quarter of a century ago, it is hard to see why anyone expects that the secrets of stealth are still secret.

US Approves Patriot System, $45B Aid Package for Ukraine 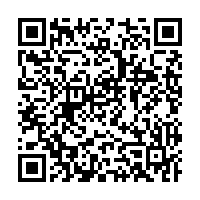