{Originally posted on The Ettinger Report}

“The demographic issue has become a source of profound controversy in Israel. Many see the demographic processes as a threat to the future of Israel as a state that is both Jewish and democratic, thereby necessitating rapid disengagement from the Palestinians, whether by means of a negotiated settlement or unilateral steps. Others dispute the need for panic, pointing instead to data indicating much more moderate trends: the Jewish majority will continue and even grow, both in the State of Israel proper and in the whole of the western land of Israel, certainly if the Gaza Strip is excluded….


“…In 2013 the Institute for Zionist Strategies published an updated, comprehensive study…. The most significant differences [from the “demographers of doom”] indicate that the number of Palestinians in the PA is lower by 0.7-1.3 million than the number presented by the more alarmist approach and the data of the Palestinian Central Bureau of Statistics. Moreover, the data shows a Jewish majority in all of [the area west of the Jordan River] today and a more significant majority in the coming two decades, especially if the Gaza Strip is excluded from the equation.

“This study contends that despite the forecasts of a demographic disaster, the Jewish population of the land of Israel has grown significantly over the last 120 years. According to the report, in 2012 the population in western Israel reached 10,755,000 (differing from Prof.  DellaPergola’s 12 million), which included a greater Jewish population of 6,332,900 (i.e., those who are eligible for Israeli citizenship according to the Law of Return though not necessarily Jewish according to religious law, or individuals unaffiliated religiously who nonetheless align themselves with the Jewish people); 4,109,000 Muslims (2,726,000 in the Gaza Strip and the West Bank); 181,000 Christians (52,000 in the Gaza Strip and the West Bank); and some 132,000 Druze. The rate of the expanded Jewish population is 59.14 percent of the total population of the western land of Israel [and a 66% Jewish majority in the combined area of Judea, Samaria pre-1967 Israel]….

“The study indicates a decreasing trend in the annual growth of the Arab population and a much more drastic decrease starting in 2030. It attributes the decrease in Arab annual growth and rates of reproduction to improved educational levels, the expansion of urbanization and modernization trends, the emigration of Arab youth abroad, and the aging of the Arab populations, leading to an increase of death rates. In fact, the continuation of the trend, alongside the increasing natural growth rate of the Jews in Israel, leads to equal rates of natural growth of Arabs and Jews….

“Similar assessments may be found in the work of Yoram Ettinger and Guy Bechor, who speak about erroneous demographic notions. According to Ettinger, the inflation of the number of Palestinians living in the West Bank and the Gaza Strip is a Palestinian reaction to waves of Jewish immigration to Israel meant to scare the Jewish population and Israel’s leadership; [according to the first Head of the Palestinian Central Bureau of Statistics] it is ‘a civil intifada.’ Ettinger also speaks of false demographic projections. In 1967, for example, the demographic establishment called on Prime Minister Levi Eshkol to withdraw from Judea and Samaria lest the Jews become a minority by 1987. In August 1988, Arnon Soffer warned of an Arab majority by 2008. Soffer and DellaPergola had ruled out further significant waves of Jewish immigration, but nonetheless more than one million immigrants arrived from the Commonwealth of Independent States. Ettinger sums it up as follows: ‘The claim that the Jews are doomed to become a minority west of the Jordan River and that geography must be conceded in order to save demography is either phenomenally mistaken or scandalously misleading.’ 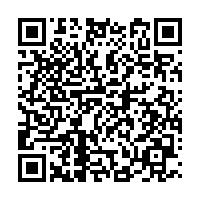