Home Analysis The Ettinger Report Critical Lessons of the 1947 Partition Plan
Share on Facebook
Tweet on Twitter
Photo Credit: Wikimedia Commons
Past experience tends to repeat itself, creating the most glittering writing on the wall. However, too often it is overlooked by Western policy-makers, who frequently sacrifice long-term interests, strategic complexity and reality-based hope on the altar of short-term convenience, oversimplification and wishful-thinking.

The November 29, 1947 Partition Plan produced a series of long-term geo-strategic lessons – relevant to the 2017 national security of Israel and the US – which have been largely ignored, although they have recurred and have been reaffirmed, systematically, throughout the last 70 years.

Lesson #1. The foundations of the special ties between the US and Israel were not laid down by policy-makers, but – since the 1620 “Mayflower – by the American people. In 1947, the State Department opposed, aggressively, the establishment of the Jewish State, but the US public overwhelmingly supported the Partition Plan, equally among Democrats and Republicans, college-educated and non-college-educated.  According to the October, 1947 Gallup poll, support of the Partition Plan was 65%:10% with 25% “no opinion.”  Lowell Thomas, a US radio icon, told his listeners on May 14, 1948: “Today, as the Jewish State is established, Americans read through the Bible as a historical reference book.”

Lesson #2.  The pugnacious rejection of the 1947 Partition Plan by the Arabs – including the Arabs west of the Jordan River – reflects the crux of the Arab-Israeli conflict, which has never been the Palestinian issue, Jewish settlements, the reunification of Jerusalem, or the size of the Jewish State.  It has always been the existence of the “infidel” Jewish State in the Abode of Islam, a land which is, ostensibly, divinely-ordained only to “believers.”

According to the October 11, 1947 issue of the Egyptian daily, Akhbar al-Yom, the Arab League Secretary General, Azzam Pasha warned of “a war of extermination and momentous massacre, which will be spoken of like the Tartar Massacre, or the Crusader wars… to win the honor of martyrdom for the sake of Palestine… the shortest road to paradise….”   In 2017, hate-education dominates the Palestinian curriculum, Friday sermons and public discourse.

Lesson #3.  The secondary-to-marginal role played by the Palestinian issue in shaping Arab policy has been demonstrated, repeatedly, since 1947. While Arab leaders have talked passionately about their support of an Arab state west of the Jordan River, they have never walked the walk.

In 1947, and since then, none of the Arab countries have considered the Palestinian issue a primary concern.  Therefore, upon the conclusion of the 1948-49 war, Egypt, Jordan and Syria, occupied Gaza, Judea and Samaria (the West Bank) and the Golan Heights’ al-Hama, but never considered transferring it to the Palestinians. Furthermore, in 1949, the Arab League established the Palestinian Desk, which was summarily abolished in 1951-52.  None of the ensuing Arab wars against Israeli was launched on behalf of the Palestinians. Also, the Arabs have never intervened, militarily, in any of the Israel-Palestinian conflicts.

Lesson #4.  The tenuous and fragile nature of international agreements in general – and Middle East agreements in particular – was underlined by the November 29, 1947 UN General Assembly Resolution #181, which was rejected and militarily violated by the Arabs on the day of its passage in the UN. However, neither the UN nor the Permanent Members of the UN Security Council – including the US – undertook military action against the Arab aggression, which broadcast its goal clearly and overtly: the annihilation of the Jewish State.  For instance, a central Arab military leader, Fawzi al-Qawuqji, vowed “to drive all Jews into the sea.”  Another key Arab military leader stated: “the Palestine problem will be solved by the sword; all Jews must leave Palestine.”

Lesson #5.  Adherence to – and the interpretation of – international agreements and guarantees are determined by interests, which overshadow the language of the agreements and the guarantees.

Notwithstanding the UN Partition Plan and the belligerent Arab rejection, Britain sided with the Arabs, trained the Jordanian military and supplied military hardware to Egypt, Jordan and Iraq. In addition, the US State Department introduced a regional military embargo, which established moral-equivalence between invaders and defenders, rewarding the aggressor and punishing the intended victim.

In order to survive – especially in the tectonic Middle East – countries must not rely, for their survival, on international law, treaties and guarantees, but on secure borders, which can withstand unpredictable, overwhelming, military and terroristic egregious violations of peace accords, while the international community stays on the sideline. An October, 1947 Gallup poll documented a pitiful 3% support for sending US troops to quell Jewish-Arab violence, compared with 65% who opposed the deployment of US troops and supported the dispatch of UN troops. 18% opposed the deployment of any troops.

Lesson #6.  Defiance of US Presidential pressure may injure Israel’s short-term popularity, but enhances long-term US respect toward the Jewish State. For example, the approval of the Partition Plan followed David Ben Gurion’s determined defiance of ruthless pressure by General George Marshall, the US Secretary of State, to refrain from a declaration of independence.  Marshall clarified that no US military support should be expected if independence were to be declared by Ben Gurion.

The pressure was sustained – and defied – during, and following the 1948 war, urging Israel to refrain from annexing – and building in – West Jerusalem, and to retreat from areas in the Negev. Until 1992, Israeli Prime Ministers followed in the footsteps of Ben Gurion, fending off US Presidential pressure to refrain from the 1967 preemptive war, the reunification of Jerusalem, the destruction of Iraq’s and Syria’s nuclear reactors, etc.

Lesson #7.  “Demographers of doom” have been systematically mistaken.  In 1947, in defiance of Israel’s top demographers, Ben Gurion accepted the Partition Plan with a slim 55% Jewish majority in the area allotted to the Jewish State. Contrary to the “experts,” Ben Gurion relied on a substantial Aliyah (Jewish immigration) and growing Jewish birthrate.

In 2017, there is a 66% Jewish majority in the combined area of Judea, Samaria (West Bank) and pre-1967-Israel, compared to a 39% minority in 1947 in that area, with Jewish fertility (3.16 births per woman) trending upward and Arab fertility (3.11 births per woman) trending downward due to expanded urbanization, enhanced education among Arab women and the increased use of contraceptives.

To paraphrase George Santayana, policy-makers and public opinion-molders, who sacrifice the lessons of the past on the altar of oversimplification and wishful-thinking, are doomed to repeat past mistakes and suffer their dire consequences. 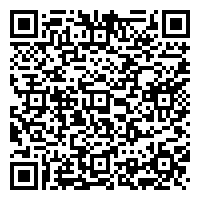