1. According to the June 15, 2017 Wall Street Journal, six Israeli startups (three in the cybersecurity sector) are among the top 25 tech companies, which may be the global leaders of tomorrow.


3. Enhancing the mutually-beneficial, two-way-street US-Israel cooperation, a cybersecurity bilateral working group was established by the Trump Administration, aimed at combatting cyber offensives. Tom Bossert, White House homeland security and counterterrorism adviser, stated: “Israel’s agility in developing solutions will innovate cyber defenses that the US can test in Israel and bring back to America….”

4. During the first half of 2017 – in addition to Intel’s March 2017 acquisition of Israel’s Mobileye for $15.3BN – Israeli hightech companies were acquired by foreign companies for a total sum of $1.8BN.  For example, Symantec, the Mountain View, CA software security and storage systems giant, acquired Israel’s FireGlass and Skycare (cybersecurity) for $250MN each (Globes, July 13, 2017).

5. During the second quarter of 2017, $1.3BN were invested in Israeli startups, mostly by foreign investors, second highest quarter in the last five years, compared to $1.1BN in the first quarter, as well as the fourth quarter of 2016, and $1.7BN in the second quarter of 2016. For instance, the Japanese giant SoftBank invested $100MN in Israel’s cybersecurity, Cybereason, and Johnson & Johnson led a $12MN round by Israel’s medical/nutritional tech, Day Two.  Israel’s venture capital fund, Qumra, raised $115MN for its second fund, mostly from US and European Family Offices (Globes, July 20).

According to the Executive Editor of Business India (published by the Begin-Sadat Center for Strategic Studies), “this sliver of a country [Israel] of 8.4 million is a leading innovation hub with the highest density of startups and venture capital in the world.  It has more NASDAQ-listed companies than any other country save the US and China – more than India, France, Germany, Japan, South Korea, Singapore and Hong Kong combined. The total market capitalization of these Israeli companies exceeds $85BN…. Israeli companies either pioneered or were among the first to commercialize firewalls (CheckPoint), voicemail (Comverse), USB flash drives (M-Systems), VoIP (Vocaltec) and digital printing (Indigo).

“Israeli startups have also driven innovation across all major technology sectors, as in the cases of Amdocs and Comverse in telecommunications applications, Verint and NICE in contact center applications, Mercury in information technology (IT) management, Check Point in security, DSPG in semiconductors and Mellanox in Infiniband…. Israel has proportionately more scientists and tech professionals than any other country.  Almost 40% of Israeli hightech employees are engaged in R&D for [over 200] major global tech companies that have subsidiaries or research centers in Israel. These include Intel, Microsoft, Google, Cisco, Facebook, Applied Materials, Apple, IBM, Hewlett-Packard (HP), Oracle and Motorola….

“Israel is a country 0.63% the size of India.  Its population is 0.64% that of India and its GDP $297BN to India’s $2.25TN, but its GDP per capita is $34,000 to India’s $6,700…. With India its largest arms client, Israel netted its biggest-ever defense contract in April, 2017 when India awarded Israel Aerospace Industries (IAI) contracts totaling almost $2BN [medium-range surface-to-air missiles, air and missile defense systems and a long range SAM air and missile defense systems for India’s aircraft carrier]…. India buys from Israel military hardware worth an average of over $1BN annually… Israeli technologies can be used to boost the development of India’s critical sectors, including food security, water management and efficiency, cyberspace and data protection, e-learning and innovation and digitalization…. 21 memoranda-of-understanding were recently concluded between Indian and Israeli academic institutions….” 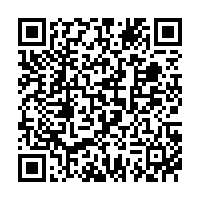