The country [Israel] has several key advantages, particularly its high level of skills and technology and its favorable demographic profile.  This should ensure that the economy continues to expand more rapidly than that of most developed countries….

“Offshore hydrocarbon discoveries will boost the economy and external accounts over the long-term…. The Economist Intelligence Unit forecasts that the long-run trend rate of growth will average 3.5% a year in 2018-50 and 2.1% a year in per-capita terms, which should keep average incomes around those in wealthier developed countries….

“A $38,440 GDP [$40,140 at market exchange rate] in 2017, roughly on a par with South Korea and Italy…. [However, unlike all other developed countries], Israel does not have formal relations with most of the other countries in its region, limiting its ability to participate in regional trade or investment flows…. Israel has developed resilience to political uncertainty and security concerns, and has successfully forged markets further afield….

“The country has largely overcome relatively low rainfall owing to desalination and water recycling, and is now a major exporter of water technologies.

“Israel has invested heavily in education and technology and spends a higher proportion of its GDP on civilian research and development than any other country [in the world].  Moreover, Israel’s high spending on military research has had positive knock-on effects for the civilian technology sector.  The local workforce is highly educated with more than 50% of the population enrolling in tertiary education….

“In contrast to many other developed economies, Israel’s labor force will continue growing over the long-term [due to high fertility rate and net-immigration]. The unemployment rate is low by historical standards, and the government is seeking to encourage greater labor force participation among previously excluded groups [e.g., a substantial expansion of ultra-orthodox workforce, including in high tech]. Population growth will remain faster than in most high-income countries….

“Israel will continue to develop trade ties with Japan and major emerging markets such as China and India and mid-size Asian economies.  Israeli exports will continue to compete on quality and innovation rather than on price….

3. The NY-based International Flavors & Fragrances – a global leader in the market of taste, scent and nutrition – acquired Israel’s Frutarom for $7.1BN in a cash and stock transaction. Frutarom is focused on natural products, selling 70,000 products to customers in over 150 countries (Globes Daily Business, May 8).

4.  Intel – which has operated in Israel since 1974, employing 11,000 persons in Israel – will invest $5BN in the expansion of one of its production facilities in Israel, while completing a previous investment of $6BN in its production facilities, mostly in the research & development area.  Intel’s exports out of Israel totaled $3.6BN in 2017 and $50BN during the last 45 years. In March, 2017, Intel acquired Israel’s Mobileye for $15.3BN (Globes, May 16).

5. Amazon has rented a 130,000 square feet facility in Israel for its research & development, electronic trade and logistic activities (Globes, May 16).

6. Japan’s TDK, a multinational electronics employing 103,000 persons throughout the globe, which produced $11.6BN in revenues in 2017, is setting a second research & development center in Israel, expanding its production line there. TDK negotiates with a number of Israeli startups to develop products, to be distributed globally by TDK. TDK’s first R & D center in Israel employs 260 persons. Recently, TDK invested millions of dollars in Israel’s StoreDot startup, specializing in high-speed charging of lithium batteries (Globes, May 28).

10. Israel’s Delta Galil Industries signed an option agreement for the acquisition of France’s Eminence for 125MN Euros (Globes may 7). 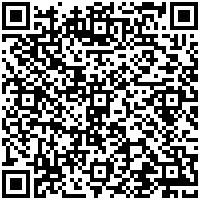