5. Intel‘s three Israeli research and development centers, and one production plant employ 11,000 persons, in addition to the 1,000 employees of Mobileye, which was recently acquired by Intel for $15.3BN. In 2017, Intel’s export from Israel was $3.6BN.

6. “Israel brings the stability of developed markets and the outsized growth potential of emerging markets,” according to Steven Schoenfeld, the founder of BlueStar Indexes. “Israel is a [world] leader in GDP growth, debt-to-GDP ratio and demographics. Israel is a home to scores of world-leading companies that otherwise wouldn’t be in investors’ portfolios…. Israel is one of the best performing economies among developed markets…. Israeli tech was up about 28% last year; it’s up 14% this year…. Israel is one of the rare developed economies that has a young and growing population…. Israel is the second-most-vibrant ecosystem after Silicon Valley.  It has the most startups per capita, the most venture capital per capita…. Israel has huge trade relations with India, Latin America, Africa and Asia.  More than a third of its trade and investment is coming from Asia…. China wants to play a role in Israel’s industries (ETF.com, July 25).” 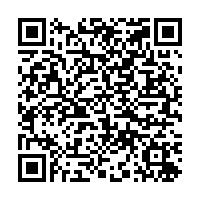