2. Venture capital investment in Israel has grown systematically since 2008, reflecting the steady growth of Israel’s economy.  2018 is expected to score a new record of investment in Israeli startups – $6BN, compared to 2017 – $5.5BN, 2016 – $5BN and 2015 – $4.7BN. The last ten years have produced the highest level of Israeli exits, including a $15.3BN by Mobileye, which was acquired by Intel. The last ten years have yielded an unprecedented potential of Israeli startups – which, unlike prior years, are not rushing into tempting exits – to evolve into substantial hightech companies. Israel’s time-to-market and time-to-exit is substantially shorter than Europe’s, partly generated by the military experience of Israel’s entrepreneurs (Globes, Dec. 12, Oct. 30, Aug. 1). Israel’s Innovation Authority has concluded a series of agreements with global high tech giants, such as Intel, Audi, Abbott, Unilever, Hewlett-Packard, IBM, Panasonic, Philips, Nielsen, Fujitsu, Renault, England’s Reckitt Benckiser, etc. – to identify ground-breaking Israeli technologies (Globes, Nov. 29).

4. Hewlett-Packard’s Chief Technology Officer, Shane Wall: “HP values Israel as a major platform of innovative technologies, which are targeted for investment by HP Tech Ventures (especially in the areas of digital production, artificial intelligence and cyber security).  HP has been in Israel for 30 years, employing 3,000 persons.”

5. South Korea announced its intention to acquire ($292MN) two early warning radar systems, which are developed and manufactured by Israel’s ELTA Systems, a subsidiary of Israel’s Aerospace Industries (Reuters, Nov. 27).  Israel’s Aerospace Industries has concluded an agreement with South Korea’s Hankuk Carbon for the joint development and manufacturing of unmanned aerial vehicles.  The 2018 Israeli export to South Korea (around $600MN) was 36% higher than 2017, mostly medical, chemical and metal products.  During 2018, Israel’s import from South Korea was around $900MN, mostly machinery and cars.  A free trade agreement is negotiated between Israel and South Korea (Globes, Oct. 24).  According to Avi Jorisch, author of Thou Shalt Innovate: How Israeli Ingenuity Repairs the World, Israel and South Korea are natural partners, having become regional economic superpowers due to their brain-power, which compensates for their limited natural resources. They are relatively young, born out of war and living under constant military threat, which has induced much tenacity and innovation (The Korea Herald, October 24).

7. According to the Nov. 8 issue of the London Economist intelligence Unit, “Israel begins the process of auctioning off 19 oil and natural gas exploration blocks off the country’s Mediterranean coastline….  854BN cubic meters of proven natural gas reserves have been discovered and some of them have been extracted…. Israeli firms have signed contracts to sell natural gas to Egypt and Jordan….” 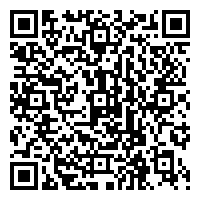