While US voters and media are preoccupied with domestic concerns, at stake are critical issues, which determine the state of the increasingly volcanic world, including the US national security.  These issues highlight a dramatic gap between the worldviews and policies of President Trump and Vice President Biden.

*Will the US sustain the military and financial pressure on Iran’s Ayatollahs, who are the lead enemy of the US and its Arab allies, with a substantial terrorist and drug-trafficking network in South and Central America?  Or, will the US rejoin the 2015 Iran nuclear accord, which provided a $150BN tailwind to the Ayatollahs’ conventional and non-conventional attempts to topple all pro-US Arab regimes and expand into Central Asia, the Middle East, the Mediterranean basin, Africa, Latin America and the rest of the globe?

*Will the White House remain inaccessible to Muslim Brotherhood controlled-organizations in the US (e.g., CAIR, ISNA, MSA)?  Or, will the US renew the diplomatic and political outreach to this largest Islamic terror organization with its political branches and affiliates in some 70 countries, including the US?

*Will the US sustain its war on Islamic terrorism?  Or, will the US revert to underestimating the global threat of Islamic terrorism, and prohibit any reference to Islamic terrorism by government organizations, while referring to it as “workplace violence” (the term attributed to the 2009 murder of 13 US soldiers in Ft. Hood, Texas by a Muslim terrorist)?

*Will the US persist in approaching Palestinian hate-education and terrorism as ideology-driven phenomena, which have haunted Arabs (since the 1950s) as well as Israel, aligning itself with enemies and adversaries of the US?  Or, will the US resurrect the concept that Palestinian terrorism is, supposedly, despair-driven, worthy of US gestures?
*Will the US continue to recognize the Arab Tsunami as a clear and present threat to the US and its Arab allies? Or, will the US recycle the fallacy that the wave of terrorism and civil wars in Tunisia, Libya, Egypt, Yemen and Bahrain – which erupted in 2010 – is an
“Arab Spring,” “March of democracy” and “Facebook and Youth Revolution”?

*Will the US maintain the independence of its unilateral national security action, in defiance of the UN and Europe?  Or, will the US renew the universal approach (e.g., the 2015 Iran nuclear accord), which constrains its strategic maneuverability and subordinates its interests to multilateral concerns?

*Will the US persist in expanding the Israel-Arab peace process, by recognizing the limited and negative role accorded to the Palestinian issue by the Arabs?  Or, will the US ignore Middle East reality, in general, and the peace accords between Israel and Egypt, Jordan, UAE and Bahrain, in particular, misperceiving the Palestinian issue as the root cause of the Arab-Israeli conflict and the crown-jewel of Arab policy-makers, providing the Palestinians with a veto-power over the Israel-Arab peace process?

*Will the US stick to the current policy, which does not consider Israeli withdrawals as a prerequisite to peace?  Or, will the US, once again, assume that Israeli concessions are a precondition to peaceful-coexistence?

*Will the US persist in recognizing that Israel’s control of the Golan Heights and the mountain ridges of Judea and Samaria deters and constrains radical elements (Iran, Syria and Hezbollah), which threaten Israel, Jordan and other pro-US Arab regimes?  Or, will the US resume the policy, which assumes that Israel’s control of these dominant areas is the trigger of the Arab-Israeli conflict?

*Will the US continue to realize that “foreign aid” is a misnomer for an annual US investment in Israel – a unique force multiplier – which yields to the US an annual rate-of-return of a few hundred percent via unique intelligence, upgrades of the US defense industries, enhancement of battle tactics, commercial and defense advanced technologies, and sparing the US the need to deploy to the region a few more aircraft carriers and ground divisions?  Or, will the US ignore Israel’s unique contributions to its economy and national security, and consider “foreign aid” as leverage to squeeze concessions out of Israel?

*Will the outcome of the November election trigger a sigh of relief in Saudi Arabia and the United Arab Emirates?  Or, will it trigger celebrations in Teheran and Muslim Brotherhood headquarters?

The outcome of the November 2020 election will be determined by major domestic US issues, such as health, the economy, law and order and the appointment of Supreme Court Justices.  However, as critical as these domestic issues are, and while only a small minority of US voters are preoccupied with national security and foreign issues, they should realize that the next President of the US will determine the state of a tectonic globe, including the national and homeland security of the US. 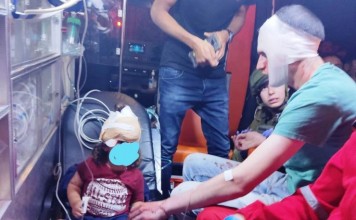 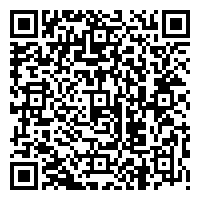