1: According to Heinrich Heine, the 19th-century German poet, “Since the Exodus, freedom has always spoken with a Hebrew accent.”


2. Professor Yehudah Elitzur, one of Israel’s pioneers of biblical research, maintained that the Exodus occurred in the second half of the 15th century BCE during the reign of Egypt’s Amenhotep II. According to Elitzur, the biblical Joshua reestablished the Jewish Commonwealth in the Land of Israel when Egypt’s rulers Amenhotep III and Amenhotep IV were preoccupied domestically. Moreover, the Tel el-Amarna tablets, which were discovered in Egypt’s ancient capital city, documented a 14th-century BCE military offensive launched by the “Habirus” (Hebrews and other Semitic tribes), corresponding to Joshua’s battles.

3. Passover is a Jewish national liberation holiday, highlighting faith, humility and solidarity. It emphasizes patriotism, optimism, defiance of the odds, liberty, gratitude and education; the historic legacy which is the foundation for an enhanced future. It also emphasizes the ancient Jewish roots in the Land of Israel. Passover is one of the three historic Jewish pilgrimages to Jerusalem, in addition to Shavuot (Pentecost) and Sukkot (Feast of Tabernacles).

4. Passover spotlights the centrality of women. Yocheved, Moses’s mother, hid Moses and then breastfed him at the palace of Pharaoh, posing as a nursemaid. Miriam was Moses’s older sister and adviser. Batyah, the daughter of Pharaoh, saved and adopted Moses (Numbers 2:1-10).  Shifrah and Puah, two Jewish midwives, risked their lives to spare Jewish male babies, in violation of Pharaoh’s command (Numbers 1:15-19). Tziporah, daughter of Jethro and Moses’s wife, saved Moses’s life and set him back on the Jewish course (Numbers, 4:24-27).

Dayenu and the U.S.-Israel bond

“Dayenu” (“it would have been enough” in Hebrew) is a Passover hymn, which expresses appreciation for 15 benefits bestowed by God upon the Jewish people—though one benefit would have sufficed—such as the Exodus, the Parting of the Sea, the historical events at Mount Sinai and the return to the Land of Israel.

The U.S.-Israel bond may be assessed in a similar manner:

If the Founding Fathers had considered the United States “the modern-day Promised Land” and the biblical Jubilee the role model for liberty, but had not been inspired by the legacy of Moses in the formulation of the Federalist Papers, the Declaration of Independence, the U.S. Constitution, the Bill of Rights and U.S. civic culture; Dayenu.

If U.S. civic culture had been inspired by the legacy of Moses but over 400 U.S. dignitaries, including Supreme Court justices, congressional leaders, governors and mayors had not signed the 1891 Blackstone Memorial calling for the reconstruction of the Jewish state in the Land of Israel; Dayenu.

If the Blackstone Memorial had been signed by more than 400 U.S. dignitaries but the Abolitionist Movement, and especially Dr. Martin Luther King Jr., had not based their mission on the biblical Exodus and the books of Psalms, Jeremiah, Isaiah and Amos; Dayenu.

If the Abolitionist Movement had been inspired by Moses and the Exodus, but U.S.-Israel relations were not based on shared values, as well as on mutually beneficial U.S.-Israel defense and commercial cooperation; Dayenu.

If U.S.-Israel relations were based on shared values and strategic cooperation but Israel did not provide the United States with more intelligence than all NATO countries combined; Dayenu.

If Gen. George Keegan had assessed that the United States would have to establish five CIAs to procure the intelligence but Gen. Alexander Haig, a former NATO Supreme Commander and U.S. Secretary of State, had not defined Israel as the largest U.S. aircraft carrier, effectively deployed in a critical region but with no U.S. personnel on board, sparing the United States the need to deploy a few more real aircraft carriers and ground divisions at a cost of $15 billion to $20 billion annually; Dayenu.

If Gen. Alexander Haig had defined Israel as the largest U.S. aircraft carrier but Israel was not the most cost-effective battle-testing laboratory for the U.S. defense industries and the U.S. armed forces, sharing with the United States unique operational, maintenance and repair lessons and enhancing U.S. military performance, upgrading the quality of hundreds of U.S. military systems, improving U.S. industrial research and development, increasing U.S. exports and expanding the U.S. employment base; Dayenu.

If Israel was the most cost-effective battle-testing laboratory for the U.S. defense industries and armed forces but had not destroyed Iraq’s Osirak nuclear reactor in 1981, sparing the United States a potential nuclear confrontation in 1991; Dayenu.

If Israel had destroyed Iraq’s Osirak nuclear reactor but did not train U.S. Special Operations units on their way to Iraq and Afghanistan in neutralizing suicide bombers, car bombs and Improvised Explosive Devices (IEDs), thus saving many American lives; Dayenu.

If Israel were the site of R&D centers for more than 200 major U.S. companies but was not the only stable, democratic, credible, unconditional and effective U.S ally; Dayenu.

The Jewish state is, indeed, the most reliable and potent ally of the United States, commercially and militarily. 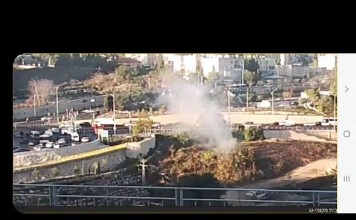