1. US-Israel defense cooperation should be driven by the enhancement of the mutually-beneficial, win-win, two-way-street ties, not by the re-introduction of one-way-street relations, which would burden the US and increasing the dependency of Israel upon the US. The proposal to extend, to Israel, US security guarantees – including a defense pact and a peacekeeping force – in exchange for Israel’s retreat from the historically and militarily critical, dominant mountain ridges of Judea and Samaria, ignores the inherently ineffective track record of such (open-ended) US guarantees, the provisions of the US Constitution, which enables US presidents to avoid full implementation of the guarantees, and the US public opposition – especially since the military involvement in Vietnam and then Iraq and Afghanistan – to the stationing of US troops abroad.

2. According to a November 15, 2001 Department of Justice memo to the White House National Security Council, irrespective of international law and consistent with the US Constitution, the President has the constitutional, discretionary authority to terminate, or suspend, unilaterally, fully or partly, the 1972 USA-USSR ABM Treaty – the  limitation of anti-ballistic missile systems – without seeking coordination with Congress, and certainly not with the USSR, whenever the President determines that it is in the national interest to do so.

3. In 1979, President Carter unilaterally terminated/abrogated the Mutual Defense Treaty with Taiwan, upon the establishment of diplomatic relations with China. Such a presidential prerogative was also asserted by Presidents Madison, McKinley, Wilson, Coolidge, Roosevelt, Eisenhower, Kennedy, Johnson, and recently by Carter and Reagan.  Thus, in 1986, Reagan suspended the ANZUS (Australia, New Zealand, US) Pact security obligations to New Zealand, and in 1985, he terminated the Treaty of Friendship, Commerce and Navigation with Nicaragua.

4. The London Economist wrote on March 9, 2015: “Article 5 [of the NATO Treaty] stipulates that the response [to aggression against a member state] may include armed force, but it does not mandate it. All that NATO actually promises is to take ‘such action as it deems necessary’ to restore and maintain security. That could be anything from nuclear war to a stiff diplomatic protest…. The Baltics argue that an attack on them would mean an all-out East-West confrontation…. But Article 5 does not specify such a response…. Many eastern NATO members worry, since it is hard to imagine a US president risking nuclear war to defend a tiny country half a world away…. What might count locally as an intolerable assault on the Baltic States’ sovereignty may not be seen in NATO headquarters as an ‘armed attack’…. All the strength of the world’s mightiest military alliance will not amount to much if its members cannot agree when an aggressor has actually stepped over the line….”

5. According to Hebrew University Prof. of international relations, Michla Pomerance: “A treaty can never entail more than a contingent and tentative promise to use force in the future; execution of the promise requires further specific authorization by Congress.  Otherwise, the treaty-makers – the President and 2/3 of the Senate – would be unconstitutionally usurping the war-making powers of Congress (the 1973 War Powers Act, which passed over a presidential veto)…. Past American defense commitments… are generally characterized by vagueness, non-specificity and the explicit denial of any automatic obligation to use force… to keep the US options open and its absolute discretion intact in deciding whether, and how, to redeem its promise….

6. In 1967, President Johnson invoked constitutional and congressional non-compliance with the 1957 Eisenhower’s-Dulles’ assurances to Israel, in response to Egyptian violations of the ceasefire and demilitarization accords.  Johnson said: “I’m a tall Texan, but without Congress, I’m a short president.”

7.  “Any commitment must be interpreted and applied by the President. And, the line between interpretation and breach, evasion and non-execution may be thin indeed.  What constitutes ‘interpretation’ for the promisor may well be seen as ‘breach’ by the promisee. Evasion by means of interpretation would not be a difficult task.  Recent legislative restrictions on presidential war-making could readily be cited as additional justification for non-execution or evasion…. The violation of international law by the US president is not proscribed by the Constitution…. A president’s decision to execute – or not to execute – an international commitment depends on his own – not the promisee’s – assessment of the domestic and international political and military environment. Every US international commitment allows for future non-implementation, consistent with US interests and the US Constitution.”

8. Against the backdrop of the US Constitution and past US security guarantees and defense pacts, it is clear that US security guarantees, with or without troops on Israel’s borders – in exchange for Israel’s withdrawal from the dominant mountain ridges of Judea and Samaria – would create a short-term false sense of peace and security, while dramatically eroding Israel’s posture of deterrence in the Middle East, transforming Israel’s image in the US from a role-model of strategic ally to a feeble dependent, undermining US-Israel relations, injuring US reliability and power-projection, and therefore fueling Middle East turbulence, damaging US interests and causing another setback to the cause of peace. 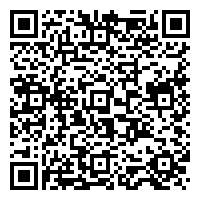