US interests in the Middle East and beyond are well-served by a strategically constrained Syria.  Historically, Syria has been a tectonic, volatile platform of violent, intolerant and unpredictable Arab/Islamic regional aspirations of grandeur, totally unrelated to Israel’s existence and policies.

During the modern era, Syria has been a major arena of anti-US hate-education and incitement, Islamic and international terrorism (e.g., the blowing up of the US Embassy and Marines Headquarters in Beirut and PanAm-103), narco-terrorism (featuring ties with Latin American drug cartels), a mega-billion dollar counterfeiting of $100 bills and the abuse of human rights.

Syria represents a clear, present and lethal threat to all pro-US Arab regimes. It has been a systematic violator of agreements (with Lebanon, Turkey, the Arab League, the US and Israel), advancing the geo-strategic interests of the Ayatollahs of Iran, Russia and China, benefitting from North Korean conventional and non-conventional military technologies and hardware (chemical, biological and nuclear), while maintaining close ties with anti-US Cuba, Venezuela, Bolivia and Ecuador.

A withdrawal of Israel’s military from the mountain ridges of the 500sqm Golan Heights – located 34 miles from Damascus – would severely injure Israel’s posture of deterrence, reducing its capabilities to extend the strategic hand of the US; thus, making Syria dramatically more explosive.

While Syria is currently preoccupied with domestic upheaval, its potential destabilizing regional and global ripple effects should be assessed in view of the inherent Middle East volatility. It should also be observed against the background of Syria’s multi-century key role in the tumultuous fourteen-century Islamic history. It should also be examined against the backdrop of its current deep strategic ties with Russia, the megalomaniacal Ayatollahs of Iran, and transnational ISIS, the Muslim Brotherhood and additional Islamic terror organizations, which aim to erase the current borders among Arab states.

Syria’s imperialistic aspirations and potential explosive regional impact, under an Alawite or a Sunni regime (the French Mandate designated an Alawite State in 1920), transcend the narrow context of the Arab-Israeli conflict.  They are a derivative of the unique role played by Syria (a-Sham) – the home of the early Caliphs – in Islamic history.  Therefore, the current Syrian powder keg has drawn an unprecedented number of Islamic terror organizations and Jihad (Holy War)-driven fighters/terrorists from the Middle East, Europe, Africa and Asia.

An Israeli retreat from the Golan Heights would not quench – but inflame – Damascus’ long-term historical aspirations to solidify control of Syria, reclaim Greater Syria (including Jordan, Lebanon and Israel) and dominate the Arab World, which entails the toppling of all pro-US Arab regimes.

Just like Iran’s Ayatollahs, so would any future ruler of Syria – Alawite or Sunni – view the US presence in the Middle East as the major obstacle on the way of reaching its megalomaniacal strategic goal, considering Israel to be a most effective and inhibiting US outpost.  Hence, Syria’s deep strategic alliance with Russia – since 1966 – which has provided a tailwind to Moscow’s influence in the Middle East, the Persian Gulf, the Horn of Africa and the Eastern Mediterranean. For example, Russia’s only naval base in the Mediterranean is in Tartus, Syria.

In 1970, the militarily superior USSR-supported Syria invaded the militarily inferior US-supported Jordan, which was involved in a civil war against Palestinian terrorists, while the US was bogged down in Southeast Asia, severely constrained as far as extending additional deployment of its troops.  Attempting to avoid a confrontation with the USSR, the US requested Israel to mobilize the Israel Defense Forces to the joint Israel-Syria-Jordan frontier. Israel’s prompt mobilization triggered an immediate Syrian withdrawal from Jordan, bolstering Israel’s and the US’ posture of deterrence, injuring the geo-strategic posture of both Syria and the USSR, sparing the US a mega-billion dollar mobilization and a bruising public debate, while assisting the US with Israel’s own manpower, military bases and supply lines.

The Israeli deployment may have ensured the survival of the pro-US Hashemite regime, preventing a Syrian occupation of Jordan, with a potential spillover into the militarily much weaker pro-US Saudi Arabia and the pro-US Gulf States, which would have accorded Moscow a dramatic gain, while dealing the US a major economic and geo-strategic setback.

A Golan-less Israel would be unable to provide the US with such a cost-effective, dramatic benefit.

The inherent unpredictability, volatility and violence in the Middle East suggests that similar scenarios could plague the region in the future – especially in view of Jordan’s growing vulnerability to external and domestic upheaval – requiring the enhancement of US-Israel strategic coordination.  However, without the Golan Heights – which dominates northern Israel and the joint Syria-Jordan-Israel border – Israel would be transformed from a unique national security producer, and a regional enforcer for the US, to another national security consumer.

On June 29, 1967, General Earl Wheeler, the Chairman of the US Joint Chiefs-of-Staff, submitted to President Lyndon Johnson a map of Israel’s minimum security requirements. The map was based on the General’s own assessment of US interests, Middle East reality and Israel’s security requirements – the map included Israel’s control of the Golan Heights. 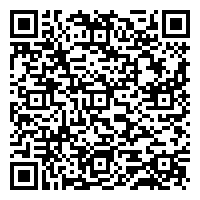