The claim that the perpetrator of the November 1, 2017 NYC bicycle-path-terror is a “lone wolf” ignores the wider context of Islamic terrorism, oversimplifies and underestimates the threat, alleviates the pressure off anti-US Islamic rogue regimes, and derails counter-terrorism.

The NYC bicycle-path-terror was carried out by a member of the Islamic “pack of wolves” – not by a “lone wolf” – which has been systematically brainwashed and molded by the most effective production-line of Muslim terrorists: hate-education and incitement conducted by Islamic leaders, educators, social media and imams in mosques (and in US prisons!) in Muslim countries as well as in the US.

According to FBI testimony at a Senate Homeland Security Hearing: “Prison radicalization primarily occurs through anti-US sermons provided by contract, volunteer, or staff imams, radicalizing inmates who gain religious influence and extremist media… similar to that of Iran and Hezbollah…. These radicalization efforts expand beyond prison walls, resulting in potential threats to society at-large….”

Furthermore, Senators Schumer (D-NY) and Feinstein (D-CA) are concerned that the vetting of prison imams relies heavily on the Islamic Society of North America and the Graduate School of Islamic and Social Sciences, which according to Schumer, “are connected to terrorism and promote Wahhabism, which some consider to be an exclusionary and extreme form of Islam…. Pat Dunleavy, a former Deputy Inspector General for the NY State Department of Corrections says… the organizations were also sending [to inmates] tapes and CDs of speeches by Osama bin Laden, Muslim Brotherhood leaders and Al Qaeda’s Anwar Awlaki….”

Anti-US Islamic terrorists, such as the bicycle-path-terrorist, have been adrenalized by three dramatic developments, which have been highlighted by rogue Islamic policy, educational and media organs, suggesting global Islamic domination in-progress: (1) the gradual Islamic penetration of Europe, which is losing its will to flex muscles; (2) the retreat-in-process of the US from Afghanistan and Iraq, and its recent accommodation of the Ayatollahs; (3) the Soviet retreat from Afghanistan, which was followed by the collapse of the Soviet Union.

The NYC bicycle-path-terror was consistent with the definition of terrorism – a systematic and deliberate targeting of civilians – aiming to erode the confidence of Americans in their country’s homeland security forces, while bolstering the Islamic offensive in the US’ own “end zone.”

In fact, Islamic terrorists have already broken through the gates of the US!
The NYC terror was carried out within the geo-strategic context of the historical offensive of Islam against Christendom, in order to achieve global domination.

The “packs of Sunni and Shia wolves” has been unleashed against the USA, which is rightly perceived by Islamic rogue regimes to be the most critical obstacle on their way to dominate the Persian Gulf, the Arabian Peninsula, the Middle East at-large, Africa, Europe, South America and the rest of the globe.

It was carried out in an attempt to emulate a litany of prior acts of Islamic terrorism against Western democracies, and especially the US, which is rightly regarded by Islam as the pillar of Western democracy, economy, science and military.

It was carried out in the footsteps of the September 11, 2001 Twin Towers, Pentagon and Pennsylvania massacre; the November 28, 2016 Ohio State University attack by a Somali student/refugee; the June 12, 2016 Orlando nightclub massacre of 49 people; the December 2, 2015 San Bernardino massacre of 14 people by a Muslim couple; the April 15, 2013 Boston Marathon bombing by two Muslim brothers; and many more acts of terror perpetrated by members of the Islamic “packs of wolves.”

The NYC bicycle-path-terrorism was not an aberration, but an integral episode of 1,400 years of the intra-Islamic tectonic reality (e.g., the raging Arab Tsunami since 2010); the systematic use of terrorism against fellow-Muslims (e.g., the Muslim Brotherhood terrorism in Egypt); the terror tactics employed by Muslim regimes against their own peoples (e.g., civil liberties have not landed yet in Arab lands); and the 14 centuries of Quran-sanctioned terrorism against the abode of the “infidel.”  In fact, terrorism has dominated Islam from the 7th century, when three of the first four Caliphs (Umar, Uthman and Ali), who succeeded Muhammad, were assassinated by fellow Muslims.

The NYC bicycle-path-terrorist – like most Muslims – reveres history as a relevant tool to face contemporary challenges. Hence, this act of terrorism was intensely integrated with – not isolated from – a fundamental pillar of Islam, the Jihad (the Strive, the Holy War), which commands Muslims to emulate previous struggles against the enemies of Islam, within the context of the eternal battle between the Abode of Islam and the Abode of the “infidel.” The latter is defined as “the Abode of the Sword,” faced with the choice of embracing – or submitting to – Islam, or be consumed by the sword.

In order to defeat Islamic terrorism, Western societies – led by the US – must rid counter-terrorism of the “lone wolf” mentality; acknowledge the inherently non-compromising nature of Islamic terrorism and confront Islamic rogue regimes (just like rogue gangs at home) militarily, not diplomatically; recognize the centrality – and obliterate the infrastructure – of hate-education and incitement in the US and other Western democracies, as well as in Muslim countries; preempt, rather than react. 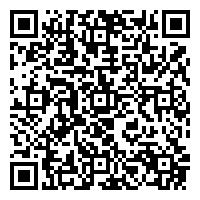