It was a time of trial and tribulation for World Jewry. Shavuot 1915 was one of the largest single expulsions of Jews since Roman times. Over 200,000 Jews in Lithuania and Courland would be abruptly forced from their homes into dire circumstances.

With the advance of the German army on the Eastern front in the spring of 1915, retreating Russian forces vented their fury against the Jews and blamed them for their losses. They leveled spurious accusations of treason and spying for the enemy and sought to keep a distance between Jews and German forces to prevent contact by expelling Jews near the war front. From province to province throughout Poland, multitudes of Jews were expelled. Many also fled from their homes as German forces moved eastward. By March, German forces approached Lithuania as Russian forces continued their retreat. The first expulsion in Lithuanian took place in a small town of Botki. In April, at the town of Kuzhi, the local Jews were accused of hiding German troops in their homes. Although proofs were brought by members of the Duma exposed the charges as fiction, the accusations had already spread throughout Russia via newspaper reports and became another pretext to persecute Russian Jewry. Soon after, the mass expulsion from Lithuania commenced.

While preparing for the upcoming Shavuot holiday, notices appeared calling for the Jews living in areas closer to the war front to vacate their homes over the next day or two days. Most of the notices gave 24 hours or even less time.

In just a few days, Lithuanian Jewry, which had a legacy of hundreds of years made a hasty exit, ordered to move eastward. Even the sick and the infirmed were included in the decree. Those who did not comply faced execution.

With the evening of May 5th approaching, multitudes of Jews headed out into an environment of unknown perils. Most fled by foot, with few provisions, harassed and robbed, facing attacks on the roads they began their desperate search for refuge. Out in the open fields facing numerous dangers, Kiddush for the holidays was recited and Minyanim were organized to recite the holiday prayers.

In Courland, otherwise known as Latvia, Jews faced a similar fate, although the expulsion was enforced a day or two later; most often on the holiday itself.

A Jewish military physician watched as hundreds of Jews of the town of Keidan hastily gathered their belongings. In shock and despair he asked them why they were being expelled. They responded, ‘because we are Jews’! With tears in his eyes he replied. “I risk my head for them and they exile my brothers.” Such was the case for the over one half million Russian Jews who valiantly served in the Tsar’s army while so many of their families faced persecution.

As the exodus began in Keidan, according to one eye-witness, “People bid farewell. On our last night in Keidan, they slept on their bundles as cannon fire shook the walls or their homes.” Thirty cars filled with men, women, and children on Friday May 8, and headed towards the city of Homel. From there they would be forced further East.

The mood in Lithuania was beyond description.

It was also a time when Jewish communities bestowed tremendous kindness upon one another. Assistance was offered to refugees that arrived at their towns, which included food, lodging, and sometimes employment. The Yekapo organization, an abbreviation for the “Jewish Community Relief War Victims” would wait at train stations and other locations to offer aid. Sometimes, the very communities assisting the refugees would soon become refugees themselves, forced out by the same or a subsequent decree. 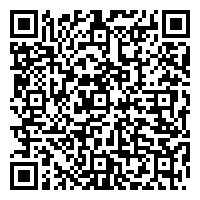