The Obama’s foreign policy continues to go up in deadly smoke as the he Islamic State (ISIS) savage steamroller takes control of another city in Libya and the strategic and ancient Syrian city of Palmyra.

The Libyan city of Sirte, the home town of former dictator Muammar Gaddifi before he was killed in the 2011 rebellion. President Barack Obama said after his death:

One of the world’s longest-serving dictators is no more. The dark shadow of tyranny has been lifted.

The black-flagged Islamic State makes Gaddafi look like a democrat, with a small “d.”

Three years later, the ISIS has taken over Sirte, a major city in the center of the country where it has significantly strengthened its position to help it fulfill its ambition to establish an Islamic Caliphate in the Middle East.

After that, it is off to Europe, the United States and the rest of the world to fulfill its radical Islamic thirst to rule the world, at least what is left of what it does not obliterate.

ISIS has taken advantage of the civil war in Libya just as it exploits the same situation in Iraq and Syria, where it has taken over the city of Palmyra from the Assad regime, according to the Syrian Observatory for Human Rights.

It said ISIS has executed at least 50 civilians the past week, in which more than 100 Syrian soldiers were killed before survivors fled the city. The barbaric terrorist death machine now controls half of Syria.

If the ISIS can retain Palmyra, a strategic site in central Syria, it will have a clear path to Damascus.

Judging by previous ISIS destruction of pagan culture, Palmyra’s heritage sites will go the way of ancient statues that the ISIS has joyously destroyed in Iraq.

Palmyra, northeast of Damascus, is an ancient Roman city, is home to pagan temples and idols and once was a tourist attraction, in the days then there was such a thing as tourism in Syria.

Mamoun Abdulkarim, the Syrian head of antiquities, said, “If only five members of ISIS go into the ancient buildings, they’ll destroy everything.” 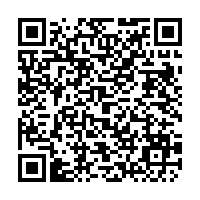