*Editor’s Note: This is the second installment in a new series of articles from Alex Grobman, PhD

The Soviets supported the establishment of Israel for several reasons: the Jews were anti-British, they were in the frontlines of the armed “anti-colonial struggle,” and Russia wanted to play an active role in the Middle East. Furthermore, her southern flank was becoming more vulnerable to increasing East-West tensions; there was concern that the West would control oil from the Persian Gulf and the Middle East.

Most importantly, this was an opportunity to weaken—and perhaps cause a rift—between the US and its allies. The Middle East was the most obvious place to provoke this split in order to prevent the British and Americans from strengthening their Cold War alliance. [1]

President Harry S. Truman and British Prime Minister Clement Attlee were arguing about whether the remnants of European Jewry could immigrate to Palestine. The British wanted to stop the flow of Jews, and the Russians believed that after the Holocaust, the British would be criticized in the West for trying to keep them out of Palestine. Thus, the Russians did not interfere with the Brichah, the illegal emigration of Jews to Palestine. The Russians could use their sympathy for Jews as a moral cudgel and public relations weapon against the West, instead of playing power politics. [2]

The UN “cannot, and should not, remain indifferent to this situation.” he declared, because it would be “incompatible” with the “high principles” of the UN Charter… This is a time to give help, not in words, but in deeds.”

The fact that not one state in Western Europe could protect the Jews from the Nazis and their allies or “compensate them for the violence they have suffered…explains the aspiration of the Jews for the creation of a state of their own… And “it is impossible to justify a denial of this right of the Jewish people….”[3]

At the 125th UN Plenary Meeting on November 26, 1947, Gromyko went further when he reversed his government’s long-standing support for a single, federated bi-national state in the Middle East: “The representatives of the Arab States claim the partition of Palestine would be an historical injustice. But this view of the case is unacceptable, if only because, after all, the Jewish people have been closely linked with Palestine for a considerable period in history.” Apart from that—and the U.S.S.R. delegation drew attention to this at the Special Session of the General Assembly—they could not overlook the position of the Jews as a result of the recent world war.

“The solution of the Palestine problem into two separate states,” he said, “will be of profound historical significance, because this decision will meet the legitimate demands of the Jewish people, hundreds of thousands of whom, as you know, are still without a country, without homes, having found temporary shelter only in special camps in some Western European countries.”[4]

To reassure the Arabs, who resented his enthusiastic support for a Jewish homeland, Gromyko prophetically added to his November 26th speech that “The U.S.S.R. delegation is convinced that Arabs and Arab states will still, on more than one occasion, be looking towards Moscow and expecting the U.S.S.R. to help them in the struggle for their lawful interests, in their efforts to cast off the last vestiges of foreign dependence.” Soviet representatives met privately with members of various UN delegations to reinforce Gromyko’s assurances that “the Arabs will soon find out that the Soviet Union is their friend.” The Soviets would be the main provider of weapons to the Arabs and use the Middle East as a testing ground. [5]

The Soviet’s apparent willingness to accept a two-state solution prompted Ben-Gurion to intensify efforts to acquire desperately needed arms from Eastern Europe. He sent many Haganah agents to buy arms wherever they could, but they ran into a number of obstacles. The Jewish Agency did not represent a recognized government, only an underground army. The US, the British and the UN declared an embargo on selling weapons in the Middle East and the FBI and the British disrupted well-established gun-running operations, heavily funded by American Jews. Eastern Europe, and especially Czechoslovakia were the key suppliers of military equipment. [6]

Without Soviet approval, there would have been no gun and aircraft sales to the Israelis, as since the war, the Czechs needed permission from Moscow for any of their significant economic enterprises. Czechoslovakia had a definite need for an infusion of foreign currency, but exporting of weapons is a political, not simple, trade. Their motivation seems to have been the promise of closer ties to Israel by a “pro-Soviet socialist government.” Using Czechoslovakia to funnel weapons and material gave the Russians the ability to blame the Czechs for “ideological errors” if and when the relationship between the Soviet bloc and Israel soured.[7]

Gromyko’s use of the Holocaust to tweak the West was a bold and risky move. Russian Jews murdered in the Soviet Union by the Nazis were counted as Soviet citizens and not as Jews. Except for Poland, more Jews were killed in the Soviet Union than anywhere else. Cooperation and, at times, active and indeed enthusiastic participation in the process of Jewish destruction by Latvians, Ukrainians, Lithuanians and White Russians was so pervasive, that the Soviets were no better at protecting their Jews than the West was. This argument, had it been raised at the time, might have justified Jewish immigration to Palestine.[8]

Dr. Alex Grobman is the senior resident scholar at the John C. Danforth Society, a member of the Council of Scholars for Peace in the Middle East, and on the advisory board of The National Christian Leadership Conference of Israel (NCLCI). He has an MA and PhD in contemporary Jewish history from The Hebrew University of Jerusalem. He lives in Jerusalem. 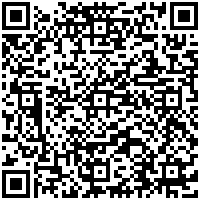