“Hashem works in strange and wondrous ways,” says Rabbi Menachem Gold, kiruv rabbi and one of three vice-mayors of Afula, one of Israel’s Northern and less well-known cities.

An oleh from Toronto, Rabbi Gold and his wife Dina, originally from Seattle, left their home in Beitar to go to Afula 26 years ago, where there was almost no religious infrastructure, to build some. Apart from the practical difficulties, there was a wide culture gap between the kiruv couple and the citizens of the small town. The town was remote and light years away culturally.

“I fell in love with the North. I had this urge to go north and I went all over the northern part of the country and Afula appealed to me,” he says. “Some powerful force which I can’t explain, pushed me to come here.” His wife was less enthusiastic about the proposition but he says, “She’s rare in that she puts her intellect over her emotions,” and she followed her beloved into the metaphorical desert. Today, despite the fact that their seven kids are spread out all over the country, with one in the States, she won’t move.

Although he felt the town was receptive to greater spiritual influence, Rabbi Gold says that aside from the physical and spiritual considerations, however, was the much greater problem of trying to find money to open a religious school, his first project. In fact he had been in Jerusalem discussing this apparent unsurmountable obstacle with his father, who didn’t see how his son, despite his determination, was going to succeed in his endeavor.

And then, an elderly European man knocked on his father’s door. 89-year-old Moshe Beer was visiting Israel from the States. His wife had died and they didn’t have any children. He had heard of Gold’s father welcoming people from abroad and while he was there asked if he knew of anyone to whom he could bequeath a large sum of money. But it had to meet the following criteria – it had to be something in Israel, something for children, and something to help build a school. The senior Gold stared at him. Menachem Gold is sure that this was Eliyahu HaNavi because he wrote out a check on the spot for $50,000, and when he died, six months later, he left another sizeable amount in his will to the school.

Gold wasn’t the first person to try and bring Yiddishkeit to Afula but he’s the only one who has succeeded. He’s American, he’s affable, he’s energetic and the people like him.

His school has grown and next year, G-d willing, they will be adding a Junior high school. And he’s just opened a kollel targeted for hundreds of families from Baltimore and New York just off the proverbial boat. They will be coming to a much more religiously welcoming place which today has other influences as well such as a garin Torani and, of course, Chabad.

Gold also does kiruv by knocking on doors. He visits people after shul trying to convince them to keep Shabbos. One family told him that the barrier to them keeping Shabbos was that they liked to shower and they couldn’t turn on the hot water boiler if they kept Shabbos. Rabbi Gold walked out completely bemused but when he went back a few weeks later, they told him, “Rabbi Gold, we knew you were going to come back and we knew we’d be embarrassed. We decided we can keep Shabbos. We’ll just put on the boiler before Shabbos, and turn it on a second time after Shabbos.” Now this family’s kids are on their way to becoming bnei Torah. You might say they cleaned up their act.

Rabbi Gold spends a lot of time fundraising for his school of which he calls himself the “Grandfather.” “Fundraising isn’t a science,” he says remembering his original start-up donation. “G-d works in mysterious ways.” Rabbi Gold has faith that there’s more to come.

If you’d like to donate to the Marom School or the new Kollel, you can email Rabbi Gold at: mdgold1@gmail.com. 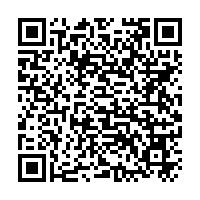