The Taylor Force Act (TFA) passed the House of Representatives’ Foreign Affairs Committee unanimously on Wednesday and is expected to pass the full house with wide bipartisan support. The Taylor Force Act marks a noble and long overdue departure from the “anything goes” attitude toward Palestinian terror incitement of previous administrations, but it’s unlikely to have a decisive impact on how the PA operates.


The bill is named for US Army veteran Taylor Force, who was murdered while studying in Israel by Palestinian terrorist Bashar Massalh in March 2016. As it does with all other Palestinian terrorists who die carrying out their attacks, the Palestinian Authority (PA) has been making monthly payments to Massalh’s family ever since. These funds, from the PA’s “Martyr’s Fund,” are directed through the PLO, which Abbas also controls.

U.S. congressional leaders responded to Force’s murder with rare unanimity and determination to put an end to the so-called “pay-to-slay” program and other forms of PA incitement. Sort of.

The Taylor Force Act is designed to trigger a cutoff of US aid to the Palestinians unless the PA takes steps to end terrorism by “individuals under its jurisdictional control,” publically condemns and investigates terror attacks, and stops paying monthly stipends to the families of terrorists.

First, authority to certify PA compliance with these three criteria is vested solely in the State Department (in both House and Senate versions), which for years had refused to budge from its traditional depiction of the PA as a force of moderation and peace partner. Fear of the alternatives to PA President Mahmoud Abbas (now in the 12th year of his 4-year term) has led the department to engage in absurd defenses of his regime in the past, and there is no sign of that changing. Indeed, State has already all but certified PA compliance with the first two of the three criteria in its 2016 Country Reports on Terrorism, which commends Abbas’s counter-terrorism efforts.

Moreover, the legislation has been watered down to allow some public entities and projects in Palestinian areas to continue receiving US funding on humanitarian grounds regardless of whether the PA is in compliance. Palestinian water projects, childhood vaccination programs and East Jerusalem hospitals are untouchable. “What good is there in punishing women and children for something they did not do?” explained Senate co-sponsor Lindsay Graham in August.

While no one wants Palestinian women and children to go without medical care, vaccinations, or clean water, the history of terrorism funding teaches us that all aid is fungible. With a little imagination, most aid dollars can be construed as benefiting innocent Palestinians somehow or another. The real peril for ordinary Palestinians is a governing apparatus so indifferent to their welfare that it spends over $190 million annually encouraging them to sacrifice their lives.

Like most autocracies, the PA isn’t likely to change its ways until its grip on power becomes unsustainable. Nothing short of a total cessation of US funding has much chance of instigating such change.

Palestinian leaders aren’t impressed by what they’ve seen so far. Shortly after the Senate Foreign Relations Committee approved TFA in August, the Abbas-led PLO Executive Committee issued a blistering statement pledging to continue providing “aid to the families of the martyrs and prisoners,” which it called a “national, moral, and humanitarian responsibility towards the occupation’s victims.”

Others will surely step in to make up for any shortfall of funding in the “pay-to-slay” program. During the Second Intifada, Saddam Hussein sent $10,000 checks (later raised to $25,000) to the families of Palestinian suicide bombers, and the King of Saudi Arabia held telethons to raise money for them. Perhaps this time around, as Daniel Pipes succinctly tweeted: “#Qatar will pay.”

But at least it won’t be us subsidizing terrorist blood money. If nothing else, the Taylor Force Act marks an important first step in divesting America from nearly a half-century of failed PLO leadership. That alone makes its passage worth celebrating. 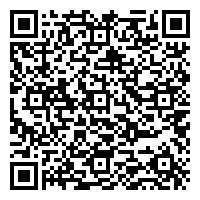