Palestinian Authority leader Mahmoud Abbas ordered representatives in the Palestine Liberation Organization on Tuesday to freeze all contacts with the United States.

But in the long tradition of Palestinian Authority double-speak, Abbas told the Spanish Parliament that he was “committed to a historic peace deal [with Israel] under the auspices of President [Donald] Trump.”


The move came in response to a decision by the U.S. not to permit the PLO to keep its bureau open in Washington DC due to a violation by the Palestinian Authority of a 2015 Congressional mandate prohibiting any unilateral move against Israel by the PA or PLO.

Abbas proudly announced to the United Nations in his address to the General Assembly this past September that the Palestine Liberation Organization had “called on the International Criminal Court, as is our right, to open an investigation and to prosecute Israeli officials” over the development of Jewish communities in Judea and Samaria.

“In practice, by closing the office they are freezing all meetings and we are making that official,” PA representative Riyad al-Malki told the AFP news agency.

Moreover, Malki told the Voice of Palestine in an interview earlier in the day that if the Trump administration wants to reconsider its decision to shutter the PLO office in Washington DC, it must now also review all of the laws passed by the U.S. Congress treating the PLO as a terrorist organization, which “disrespect relations between the two countries.”

In 2011, the U.S. introduced a provision into the State and Foreign Operations Bill striking the presidential waiver that allowed the PLO to operate its mission in Washington DC, unless “the Palestinians have entered into direct and meaningful negotiations with Israel.”

Once the Palestinian Authority joined the International Criminal Court at The Hague in 2015, a similar provision was passed by the Congress, calling for the waiver to be revoked altogether, if the PA or PLO were to “initiate an International Criminal Court (ICC) judicially authorized investigation, or actively support such an investigation” against Israel, which is a major ally of the United States.

At present, President Trump is now required to decide within the next 90 days whether “the Palestinians have entered into direct, meaningful negotiations with Israel.”

Speaking from Madrid, where Abbas is on an official visit, Rudeineh said that while “the Palestinian decision is going to face the challenges with firm and national positions,” the coming period “is critical and an opportunity to correct Palestinian-American relations,” according to the PA’s official WAFA news agency.

Abu Rudeineh called on Hamas “to pick up on these courageous positions to return to the legitimate fold and not allow anyone to play in the Palestinian arena.”

Meanwhile, in Jerusalem, the Palestinian Authority has also frozen ties with the U.S. Consulate.

“We continue to be in contact with Palestinian officials about the status of the PLO office in Washington as well as about our larger efforts to advance a lasting and comprehensive peace,” a State Dept. official told the Jerusalem Post. “These discussions are ongoing.”

Abbas’s diplomatic affairs adviser Majdi al-Khalidi, also with the PA leader in Spain, told the newspaper that communications with the U.S. Consulate in Jerusalem and meetings between American and Palestinian Authority officials in Ramallah are frozen because of the certification issue.

He added that if senior U.S. presidential adviser Jared Kushner, or President Trump’s Middle East envoy Jason Greenblatt were to travel to Ramallah, Palestinian Authority officials would not meet with them.

PLO representative to Washington DC, Husam Zomlot, and PLO Secretary-General Saeb Erekat who recently underwent a lung transplant in Pennsylvania, are both in contact with the Trump administration, the Jerusalem Post reported, quoting Khalidi. 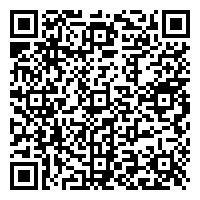