An ODNI spokesman said it was “simply a matter of clarifying the intelligence aspects of the bill and being sensitive to the level of specificity of the language…nothing nefarious here, just more clear language.” Yeah, right.


This is just the latest example of the Obama Administration making clear that it does not want to be seen as Israel’s partner in regional affairs – several of them predicated on Turkish desires. Despite Israel’s status as a Major Non-NATO ally, a NATO “partner” country, and a member of NATO’s Mediterranean Dialogue, Turkey is increasingly insistent that Israel be isolated and cut out. This surrender to Turkey — which Turkish Prime Minister Recep Tayyip Erdogan has for years been aggressively making ever more fundamentalist — coincides nicely with the Administration’s increasingly open courtship of Turkey’s Islamist-leaning and virulently anti-Israel Prime Minister and what appears to be the desire of the Administration to enhance security relations in the Arab-Muslim world as it dials back visible cooperation with Israel.

This is no small matter. Israel’s security is threatened — above all by the refusal of the Arab States to accept that it is a legitimate, permanent part of the region in which it lives. For the U.S. or Turkey — formerly a partner in regional security – to distance themselves from Israeli security is to raise hopes among enemies that they will ultimately be able to threaten Israel without fear of a U.S. or NATO-allied response.

Turkey bluntly objects to sharing intelligence information with Israel – specifically the intelligence from NATO’s Turkey-based, U.S.-run X-Band early warning radars. At a NATO meeting in Brussels, Turkish Defense Minister Ismet Yilmaz told reporters, “We need to trust states’ words. This is a NATO facility and it shouldn’t be used beyond the scope of this purpose.” The “state” in question was clearly the U.S., and “beyond the scope” referred to sharing information with Israel. Secretary of Defense Leon Panetta replied, “Clearly, the NATO members are the ones that will participate in the program and access information produced by the missile defense system.” In a meeting in February, NATO Secretary General Anders Fogh Rasmussen parroted the Turkish formula. “We do stress that data within this missile defense system are not shared with a third country. Data are shared within our alliance, among allies, it is a defensive system to protect the populations of NATO allies,” Rasmussen said.

Agreeing publicly to keep intelligence information from Israel – a more likely target of Iran than Europe/NATO – at the behest of Turkey is a serious diminution of the U.S.-Israel security relationship as well as the Israel-NATO relationship, and elevates Turkey to the role of spoiler.

According to one source, Turkey assured Iran that the X-Band radars were not aimed at the Islamic Republic and that a Turkish military officer was in charge of receiving the intelligence information. Here the U.S. appears to have balked, telling Israel that Americans were in charge of the information, but not reassuring Israel on the subject of information sharing. Further, since the station in Turkey also acquires information from the X-Band radar based in Israel, it raises Israeli concerns that Turkey will have access to security information from Israeli skies.

Turkey also demanded the exclusion of Israel from Anatolian Eagle, a NATO exercise conducted every few years to enhance aerial cooperation. The Turkish decision caused Italy and the U.S. to pull out, and the exercise was canceled – “postponed” according to US sources, as was the planned U.S.-Israel missile defense exercise, Austere Challenge, which would have had a strong intelligence-sharing component.

NATO’s snub of Israel at the meeting in Chicago in May was simply waved away: “Israel is neither a participant in ISAF nor in KFOR (Afghanistan and Kosovo missions),” said Rasmussen, even as he acknowledged that 13 other “partner” nations would attend because, “In today’s world security challenges know no borders, and no country or alliance can deal with most of them on their own.” 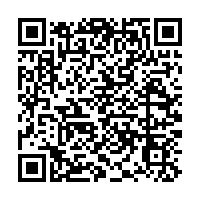