It looks like someone went up to Charles Barron and slapped him.

The former member of the City Council and the Black Panther party was handily defeated by Hakeem Jeffries for the newly redrawn 8th Congressional District. The new district is mainly African-American, with a significant percentage of Russian Jews and Hispanics. Jeffries won in a landslide with more than half the precincts reporting, taking 75 percent of the vote.


According to The Daily News, Barron is demanding a recount.

“When we launched this campaign we knew we were going up against … the entire New York Democratic political leadership,” Barron said. “You know you good when you made the governor do a robo call for a primary.”

While not the most intense election, the contest between the two candidates may have been the most interesting. Barron is better known for his derogatory comments about Jews and Israel. Among what he considers his best achievement in his three-term tenure in City Council was hosting Zimbabwe dictator Robert Mugabe. He called Gaza a “concentration camp” and eulogized Muammar el-Qaddafi as a “freedom fighter.”

(As a parenthetical note, Barron called a proposal by a board member of the CUNY school system to have students take remedial classes in the high school “ethnic cleansing.” When I asked him about it a year later, he seemed puzzled. “I said so much stuff, I’m not sure,” he told me.

While some predicted that it wouldn’t be much of a contest, the election achieved notoriety by the sheer number of endorsements that Jeffries received. He was endorsed by The New York Times, The New York Post, The Daily News. The New York Observer didn’t actually endorse Jeffries, but instead shrilly begged for President Obama to step in and stop Barron.

Virtually the only paper of note to endorse Barron was the Amsterdam News. (Note: The link to the AN endorsement will take you to the Barron website, because the original endorsement on the newspaper’s site has been scrubbed. JP)

“The man is a hater and a bigot whose only redeeming quality is his candor,” the Observer wrote about Barron. “The man makes no attempt to hide his loathing of white people, Israel, his colleagues and anybody else who doesn’t share his demented views.”

Barron did manage to get the endorsement of the city’s largest public union and Congressman Ed Towns, the previous holder of the seat. Barron also unwittingly received a toxic endorsement from David Duke, the former Grand Wizard of the Klu Klux Klan. In the video, posted on Youtube, in between bouts of anti-Semitic paranoia Duke stuck out an olive branch in the style of the late Rodney King.

“Black leaders like Barron should work to lessen the enmity between blacks and whites and realize that the Jewish extremists in America keep the whites and blacks from mutually solving our interests and differences,” Duke says in the clip.

During the election itself, Barron supporters clad in yellow faced off against a virtual army of Jeffries supporters.

“The election results prove that the Jewish and African American communities are more united than most people would assume,” said Ezra Friedlander, CEO of the Friedlander group, a public and government relations group based in DC and New York. “The voters rejected a divisive demagogue and elected a bright, talented and forward thinking individual who has the potential to develop into a star.”

The question has also become what to make of former Congressman Ed Towns, long thought to be a strong supporter of Israel, who nonetheless endorsed Barron.

“I voted for Charles Barron,” Harold Mansfield, 77, told the Bayside Patch. “I vote every year, every chance I can get. I always voted for Ed Towns because he takes care of us seniors, and he said Barron was his man, so that’s my man.”

Jonathan Noble, a former District Legislative Director for Rep. Towns and an Orthodox Jew, said he was surprised by the Towns endorsement. But he added, “I hope this does not diminish Towns’ legacy as a bridge-builder. I’ve always admired him for that.” 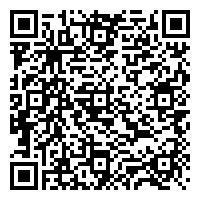