Earlier this month, Prime Minister Binyamin Netanyahu was presented with the report of the Commission to Examine the Status of Building in Judea and Samaria, headed by former Supreme Court Justice Edmond Levy (the “Levy report”). The report has drawn a flurry of overwrought criticism due to its inclusion of a section concerning the lawfulness of Israeli settlement activity.


In contrast with the misinformed and sometimes outright disingenuous criticism, the report’s discussion of the lawfulness of settlements is surprisingly modest in substance. The report does little more than endorse the traditional official Israeli position that the Fourth Geneva Convention does not apply de jure to the West Bank, and in any event does not bar Israeli settlements. While the report’s analysis is far from comprehensive, it is more detailed and more persuasive than that usually offered by anti-settlement activists.

The Levy report adduces one of two fairly compelling reasons for concluding that the laws of belligerent occupation do not apply de jure to Israel’s presence in the West Bank. One of the sine quibus non of belligerent occupation, as reaffirmed recently in an expert conference organized by the International Committee of the Red Cross, is that the occupation take place on foreign territory. While recent years have seen some debate on the meaning of foreign territory, considerable state practice supports the traditional view that captured territory is “foreign” only when another state has sovereignty. The Levy Commission is on solid ground in observing that neither Jordan nor any other foreign state had territorial sovereignty over the West Bank in 1967 and that the territory cannot therefore be “foreign” for purposes of the law of belligerent occupation. Indeed, had the Levy Commission chosen to so argue, it could have argued cogently that Israel itself was already the lawful sovereign over the West Bank in 1967.

On settlements, the Levy report likewise adduces several strong arguments to the effect that even if the laws of belligerent occupation applied to Israel’s presence in the West Bank, the Fourth Geneva Convention poses no bar to the kinds of actions that are subsumed under the term “settlement activities.”

The Fourth Geneva Convention forbids “transfers” and “deportations” by the occupying state of parts of its population into occupied territory, but not “settlements.” Officials of the state of Israel have provided services to settlers and sometimes encouraged them, but the state of Israel has not transferred any Israeli to the West Bank against his or her will. In fact, as even anti-settlement activists like Talia Sasson acknowledge, “there was never a considered, ordered decision by the state of Israel, by any Israeli government” on settlements. While some governments of Israel have favored the physical expansion of settlements or the increase of their population, settlement growth has been driven by the preferences of private citizens not by official Israeli population transfers. There is no precedent for any other state being adjudged to have violated the Fourth Geneva Convention simply on the basis of permitting or facilitating private preferences in the way Israel has done. Indeed, this is the reason that the Arab states sought to redefine the bar on “transfers” in international law by including a crime of “indirect” transfers in the Rome Statute creating the International Criminal Court. However, Israel is not a party to the Rome Statute and it is therefore not bound by the alternative, more restrictive standard. 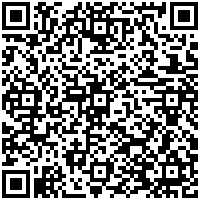