But there is a countervailing right which few in the media have written about. All Americans have the right to medical confidentiality. This right is assured by federal law, state law, medical ethics and the long traditions of the medical profession. What a patient tells his doctor, or what the doctor observes from the patient, are confidential, subject only to a few limited exceptions. Among these exceptions is the obligation of doctors to report threats to other people, such as a highly contagious disease. It also includes the obligations of doctors and other professionals to report when they learn of abuse of or by the patient. There is no explicit exception for high ranking public officials, including the president.

Most, but not all presidents, have disclosed their medical conditions. Among those who were not fully candid were Grover Cleveland, Woodrow Wilson, Franklin Delano Roosevelt, John F. Kennedy and Richard Nixon. But during those times, the media was not as persistent, and leaks were not as common. Moreover, the media cooperated, particularly with popular presidents, such as John F. Kennedy, in keeping his medical secrets from the public.

Today there are few, if any, secrets. All current White Houses leak like sieves. Staff members develop quid pro quo relationships with the media: in exchange for leaking information, the media promises to treat them well. That is the reality of contemporary journalism.

The law does not currently have an exception to confidentiality by government doctors. All presidents have their own private doctors, but they are also treated by White House doctors who are paid by the government. Although these doctors are employees of the government, their obligation of confidentiality to the patient is as compulsory as it is for private doctors. Perhaps the law should be changed and government doctors should have their first obligation to the public. But such a change would come with a high cost: presidents would not disclose to these government doctors information that they did not want to be made public. That might have a negative impact on their medical treatment.

We know from experience that whenever the law compels disclosure of medical information — as in child abuse cases — patients become increasingly reluctant to confide in doctors who are obligated to disclose their secrets. When it comes to balancing privacy and disclosure, there are no free lunches. The obligation to publicly disclose carries the cost of less private disclosure to the doctor. That is simply the reality.

One conclusion that is beyond any dispute is that no doctor has the right to deliberately and willfully mislead the public, even if his patient tells him to. I am not accusing any doctor of doing that in this case. But the rules of the profession are clear: a doctor can refuse to disclose based on patient confidentiality; or a doctor can disclose with the consent of the patient; but a doctor cannot lie to the public even if the patient demands that he do so.

This is a complex area of medical ethics, law and public policy. It requires nuanced solutions that serve both the short-term public interest and the long-term need to maintain medical confidentiality. These issues should be discussed in a non-partisan, non–ideological and non-political manner. 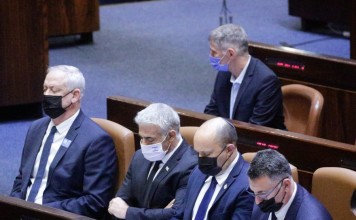 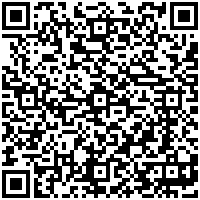