As we all know, anti-Semitism is on the rise globally. Here in the U.S., it is our campuses and students that are experiencing the brunt of it. A recent study published by Trinity College and the Louis D. Brandeis Center for Human Rights Under Law found that 54% of Jewish college students had experienced or witnessed anti-Semitism in the past year. That is a staggering number, requiring urgent action. Having one of our largest public university systems, where some of most grievous incidents have occurred, improve its ability to recognize anti-Semitism and anti-Semitic conduct is a good place to start.


To this end, a few months ago thousands of students, faculty, rabbis, alumni and concerned citizens asked University of California President Janet Napolitano to formally adopt the U.S. State Department’s definition of anti-Semitism in order to identify all forms of anti-Semitic expression on UC campuses.

Since this request, there has been a great deal of commentary regarding both the intention of the appeal and the possible impact of its adoption by the UC Board of Regents. As the date of consideration of this issue by the Board of Regents grows near, it would be useful to address the most serious concern of its critics: the alleged impact on the Freedom of Speech.

There is little doubt of what would take place if demonstrators came to a UC campus chanting racist slogans, or supporting misogynistic or homophobic beliefs. While their right to publicly proclaim their hate likely would be protected under the Constitution, their pronouncements clearly would be recognized for the bile that they are. The rest of the campus community then could elect to ignore the demonstrators, or could use their own First Amendment rights to oppose their statements. However, there would be no debate about whether or not the demonstrators’ assertions were hateful.

This stands in marked contrast to instances of anti-Semitism on today’s colleges and universities. In America, at least, the naked expressions of prejudice from our grandparents’ time no longer are in vogue. What have taken their place, however, are shaded references to the ‘Israel Lobby,’ or assaults against Zionism and its supporters.

While spirited debates on Israeli politics are perfectly appropriate (and probably more common in Israel itself than anywhere else in the world), conflating opposition to Israel’s government with the rejection of Israel’s right to exist, or even an antipathy towards Jews, crosses the line. Attacking Jews for the actions of the Knesset makes no more sense than attacking Episcopalians for those of the British parliament – yet such episodes are increasingly common on campus. To cite just one example, we all are familiar with the plight of our brethren in Europe, who are afraid to wear kippot or Jewish stars in public. Now, unfortunately, students on campuses here in America are starting to express the same concern. That is entirely unacceptable, and must be addressed now.

This is why a definition of anti-Semitism desperately is needed – to set a standard for when legitimate political discourse descends into hate speech. Or, in Jewish terms, to determine what is Kosher, and what is not.

As the State Department definition states explicitly, “criticism of Israel similar to that leveled against any other country cannot be regarded as anti-Semitic.” However, denying Israel’s right to exist, holding Israel to a double standard not expected of any other democratic nation or demonizing Israel (or its supporters) most certainly is.

The issue before the Board of Regents in passing a definition of anti-Semitism is not one of suppressing Free Speech. Rather, it is one of defining perhaps the oldest form of hate, so that those on campus who are exposed to it will be able to recognize it and respond as their conscience dictates – just as they would if racial minorities, women or members of the LGBQT community were the targets.

The UC Board of Regents should adopt the State Department’s definition of anti-Semitism.

{David Gemunder is an attorney who serves on the boards of several Jewish organizations throughout the country, including those focused on supporting Jewish life on campus. The viewpoints expressed herein are solely those of the author.} 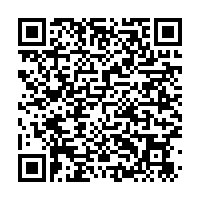