Radiocarbon dating on the parchment of what is believed to be the world’s oldest Qur’an may totally change the course of Islamic history.

University of Oxford scientists tested in July a fragment of a Qur’an that may pre-date the birth of the prophet Mohammed.

The Islamic text, which consists of two parchment leaves, contains parts of Suras (chapters) 18 to 20. It was written with ink in Hijazi, an early form of Arabic script.

The text, written on sheep or goat skin parchment, lay unrecognized in the Cadbury Research Library at the University of Birmingham, England for nearly 100 years, according to The Independent. The parchment was part of the Mingana Collection of Middle Eastern documents gathered in the 1920s, and is believed to be the oldest in the world.

If the Oxford University testing is correct, the text could predate the birth of Mohammed, or could have been written during the prophet’s childhood.

Radiocarbon dating performed in July by the University of Birmingham indicated the parchment was at least 1,370.

But radiocarbon testing performed by Oxford University produced different results, dating the text back farther, to between 1, 371 and 1,448 years ago. Scholars have been careful to point out that the ink was not tested.

If the latter findings are correct, this Qur’an was written between 568 CE and 645 CE.

Islam’s prophet Mohammed is believed to have lived between 570 CE and 632 CE.

“It destabilizes, to put it mildly, the idea that we can know anything with certainty about how the Qur’an emerged – and that in turn has implications for the history of Mohammed and the Companions,” historian Tom Holland, told The Times of London on Tuesday.

His colleague at Oxford University, Dr. Keith Small, said it also “gives more ground to what have been peripheral views of the Qur’an’s genesis, like that Mohammed and his early followers used a text already in existence and shaped it to fit their own political and theological agenda.”

Professor David Thomas of Birmingham University, a professor of Islam and Christianity, told The Independent, however, the radiocarbon dating seems to “support a traditional view.”

Thomas noted the testing also reveals which kind of animal was used to create the parchment. This indicates which animal was sacrificed for the holy task, and therefore at which period it was written.

According to Islamic tradition, the prophet continued to receive revelations from the year 610 until his death. “If we were to take the early dating [as fact] then it overthrows Islamic history as it is understood,” the professor said.

“It would mean that the Qur’an existed substantially as it has been passed down, before Mohammed – before the traditional date of the beginnings of his revelations, or maybe even before he was born.”

“On one of the four surfaces of our fragments we have a chapter division, which would seem to suggest that we we have was once a fully-formed Qur’an, possibly as early as the sixth century,” Thomas said.

“In the middle of the seventh century there was a great expansion out of Arabian peninsula, and while there were a number of factors involved it is often explained at least in part as a religious movement.

“If that is the case, why would there be such a time lapse between a religious text coming into being in, say, 570, and a movement 60 years later? It doesn’t add up.”

The Birmingham manuscript will go on public display at the university exclusively to ticket-holders for a month in October, with plans for an academic workshop to discuss questions over the text. 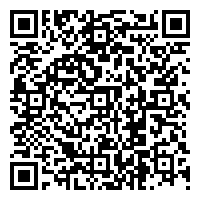