{Originally posted to the Council on Foreign Relations}

This past week the Chief of Staff of the Israel Defense Force gave an interview to a Saudi news site, Elaph, and said Israel would be ready to share intelligence about Iran with Saudi Arabia. “We’re willing to exchange information with the moderate Arab nations, including intelligence, in order to deal with Iran. We’re willing to share information if the need arises. There are many shared interests between us and Saudi Arabia,” said Gen. Gadi Eizenkot.


Elaph has been open to Israeli officials for several years, including interviews with generals, foreign ministry officials, and cabinet members. Still, no chief of staff of the army had ever spoken to them—and thus directly addressed Saudi readers.

This event is a step forward in Israeli/Saudi relations, and the public discussion of intelligence sharing (which may be taking place in secret) is also an important step. The tone of Saudi official comments on Israel has certainly changed. Once upon a time Israel was the “Zionist entity” whose name was not even spoken. Now, the Saudi news station Al Arabiya handles Israel straightforwardly: for example, on November 15 it carried a Reuters story about Israel’s offer of help to earthquake victims in Iran.

But let’s not go too far in interpreting what all this means. The Trump administration’s efforts to “fast-forward” Israeli/Saudi relations have not succeeded. As part of its efforts to promote an Israeli/Palestinian peace plan, there are reports that the administration asked the Saudis to do things like permitting overflights of Saudi Arabia by El Al and having some public meetings with Israeli officials. Israel would make concessions to the Palestinian Authority and freeze some settlement activity in exchange.

The problem here is that the Saudis are right now getting the military and intelligence cooperation they appear to want from Israel—in secret. Public collaboration with Israel or concessions to it would be politically dangerous for the Saudi government, at a moment when to say the very least its plate is full. The last thing it would appear to need is more political controversy stirring up internal criticism and opposition.

So the cooperation between Israel and Saudi Arabia will likely continue, and deepen, and signs of it will emerge from time to time—signs like the Eizenkot interview in Elaph. A great leap forward such as the groundbreaking Sadat visit to Jerusalem is highly unlikely, as are most public displays of official contacts. Elaph, after all, is a private news site; no Israeli officials have been interviewed by Al Arabiya. And flights from Israel to Asia continue to take long routes that must skirt Saudi air space. The Trump administration was counting on Saudi and pan-Arab desire to help the Palestinians and help the “peace process” to overcome Arab desires to avoid political danger, but that was an over-estimation of the degree of Arab official concern about the Palestinians. Arab regimes do care about the Palestinians, but they care about themselves and their own political health far more. 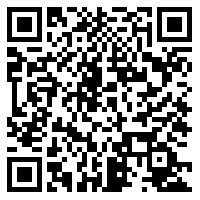