A New and Improved Abbas?

When President Donald Trump met with Palestinian President Mahmoud Abbas at the White House last week, Trump expressed his hope that Abbas—who signed the Oslo Accords nearly 24 years ago—could also be “the Palestinian leader who signs his name to the final and most important peace agreement that brings safety, stability, and prosperity to both peoples and to the region.”

Beyond these encouraging words, there was a clear exhortation. Trump told Abbas that “no lasting peace” can be achieved between Israel and the Palestinians “unless the Palestinian leaders speak in a unified voice against incitement to violence.” The Palestinian Authority and its ruling party Fatah, both of which are headed by Abbas and often described as “moderate,” have long been accused by the Israeli government and monitoring groups like Palestinian Media Watch and IMPACT-SE of inciting violence against Israelis.

Abbas responded to the president by claiming “that we are raising our youth, our children, our grandchildren on a culture of peace.”

However, in a survey last year of 78 Palestinian Authority textbooks covering grades 1 through 12, IMPACT-SE found that “the word ‘peace’ does not appear at all.” A recent IMPACT-SE survey on new Palestinian textbooks used during the 2016 school year similarly showed that “despite assurances from the PA Education Ministry, these new books are actually more radical than we have previously seen.”

When Trump called on Palestinian leaders to reject terror against Israelis, he was giving Abbas an opportunity to demonstrate his commitment to peace. Instead, the Palestinian leader lied to the president’s face.

A New and Improved Hamas?

Ahead of Abbas’ meeting with Trump, Hamas also sought to remake its image. The terror group on Monday issued a new policy document suggesting that it would accept a Palestinian state along the 1949 armistice lines and obscuring its ties to the Muslim Brotherhood. (Blogger “Elder of Ziyon” noted that Hamas never called the document a new charter, meaning that the old one—which explicitly calls for the destruction of Israel and plays up Hamas’ ties to the Muslim Brotherhood—is still operative.)

As The New York Times pointed out, Hamas “has still in no way recognized Israel or renounced violence,” and recently chose the “hardliner” Yahya Sinwar to head the group’s activities in Gaza.

This isn’t the first time that Hamas falsely tried to present a more moderate face to the world. Dore Gold, the former director-general of Israel’s Ministry of Foreign Affairs, noted in 2014 that despite these efforts, many “Hamas activities and statements point in the exact opposite direction of those analyses that try to soften the image of Hamas.”

We see that dynamic playing out again, with recent statements and actions by Hamas underscoring its ironclad support for terror.

Also last month, two sisters from the Hamas-ruled Gaza Strip, one of whom was being treated for cancer in Israel, were caught attempting to smuggle explosives into the country; a terror tunnel collapsed, killing one member of Hamas; thousands of teens graduated from an armed training program that calls for conquering Israel by force; and Israeli authorities intercepted wetsuits believed to be destined for Hamas naval commandos.

Despite the media blitz over Hamas’ new policy document, the terror group’s actions show that it has not changed.

UNESCO, the cultural agency of the United Nations, chose to pass another resolution ignoring the historical connection between Jews and Jerusalem on Tuesday, Israel’s 69th Independence Day. The timing of the vote on the Arab-sponsored resolution appears to be a cynical way of questioning the Jewish state’s legitimacy.

Two similar UNESCO resolutions were passed last year in October, just as several discoveries demonstrating Jews’ millennia-old connection to Jerusalem were announced. That month, Israeli archaeologists identified the location where Roman troops breached the walls of Jerusalem before destroying the Jewish Temple nearly 2,000 years ago, and unveiled a 2,700-year-old ancient manuscript with the oldest non-Biblical reference to Jerusalem in Hebrew. Both discoveries, among others last year, further attest to the extensive historical ties between Jews and Jerusalem.

Last week’s UNESCO resolution came in the wake of a letter written to UN Secretary-General António Guterres and signed by all one hundred United States senators demanding that the UN end its bias against Israel. The lawmakers specifically called on Guterres to stop UNESCO from approving resolutions that “target Israel and deny the Jewish and Christian connections to Jerusalem.”

Sen. Bernie Sanders (I – Vt.) defended his decision to sign the letter in an interview last week with the Qatari network Al Jazeera. Sanders affirmed that he recognized Israel’s right to exist and pointed out the UN was hypocritical for condemning Israel while ignoring many allegations of severe human rights violations worldwide. 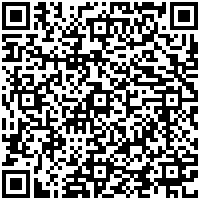