There are far more anti-Semites in the United States than there are Jews in the world. This was known well before the recent spate of threats against Jewish institutions, desecration of cemeteries and other expressions of anti-Semitism.

For several years now the Anti-Defamation League has carried out opinion polls on anti-Semitism in many countries around the world.[1] People were asked questions which almost entirely focused on classic anti-Semitism and did not refer to the newest type of anti-Semitism: anti-Israelism.

The ADL study asked interviewees whether eleven negative stereotypes were “probably true” or “probably false.” Respondents who said that at least 6 out of 11 statements are “probably true” were considered to harbor anti-Semitic attitudes.[2] The 2015 ADL study thus found that there were 24 million adult anti-Semites in the US which equals 9% of the population. It should be noted that there are at most 11 million adult Jews in the world.

The negative attitudes are far worse if we look at the answers to one of the survey’s questions. The most commonly held stereotype about Jews in the U.S. is: “Jews are more loyal to Israel than to the United States.” The ADL found that over 80 million Americans (33%) share that opinion. The next most common stereotypes were: “Jews still talk too much about the Holocaust” (22% of respondents) and “Jews have too much power in business (18% of respondents).[3]

Approximately seven-in-ten Jews in the U.S. say they are either very (30%) or somewhat (39%) attached to Israel while more than eight-in-ten say caring about Israel is either an essential (43%) or important (44%) part of what being Jewish means to them personally.[4] This does not mean that these people are more loyal to Israel than to the United States. As the two countries are close allies, there is no tension here.

It is a standard question now to ask whether the arrival of the Trump administration has led to increased anti-Semitism. The answer is more complicated than it seems.  Experience shows that in quiet times, Jews encounter less problems from anti-Semitism than in periods of unrest. The United States is currently undergoing a period of polarization. During the presidential election campaign the Sanders camp, the Trump camp, and the Clinton camp all contributed to this polarization, and it did not dissipate after the election.

It should also be stated that all was far from fine before this current outburst of anti-Semitism. According to 2015 FBI hate crime statistics more than half of the 1200 plus religious motivated incidents were aimed at Jews,[5] yet Jews represent only 2% of the American population.

In a survey of Jewish students eligible to take summer 2015 Taglit-Birthright Israel trips by Brandeis University’s Center for Modern Jewish studies, more than half reported experiencing or witnessing anti-Semitism in 2014 and 2015.[7]  More than one-quarter of undergraduate students described hostility toward Israel among their peers as a “fairly” or “very” big problem.[8]

Other left wing anti-Semitic initiatives also blossomed under the Obama administration. These usually mask as anti-Israelism. The Black Lives Matter movement has in its social and political policy agenda founding document accusations towards Israel of “genocide and “apartheid.”[9]  This movement has also endorsed the Boycott, Divestment and Sanctions (BDS) campaign against Israel.[10] This campaign in more general terms is another example of anti-Semitism originating in the political left. The BDS campaign acts specifically against Israel in order to isolate it economically, culturally, and politically.

The State Department has a working definition of anti-Semitism as does the International Holocaust Remembrance Alliance.[11]  The latter required the approval of the US. According to both definitions, BDS is anti-Semitic.[12]

Currently we see more phenomena of what is probably right wing anti-Semitism. This type of anti-Semitism has been around for a long time.  One of the worst incidents took place in 2014 when a white supremacist, neo-Nazi Frazier Glenn Miller Jr., murdered three people, two outside a Jewish Community Center and one at a retirement center in Overland Park, Kansas.[13] In Seattle in 2006, a Muslim Naveed Afzal Haq fired shots at the Jewish Federation, killing one woman and injuring five others.[14]

The Simon Wiesenthal Center has rightly urged the US Attorney General, Jeff Sessions, to establish a special task force.[15]  At this point there have been more than 65 bomb threats against Jewish institutions. It is of particular importance to find out who is behind these threats because even if the bombs do not actually exist they disrupt Jewish communal life. At the same time making poorly substantiated accusations only confuses the issue.

Jews have often mentioned American Jewish exceptionalism even though Jews were heavily discriminated against for many decades. In the post war reality there is much to be said for it having become gradually true. Contrary to European countries the United States is multicultural. Jews are one ‘tribe’ among others whereas in European countries, the Jews are a very small tribe compared to one dominant tribe.

It would be a mistake to conclude that because of recent events this exceptionalism no longer exists. What gives hope in this context are the many expressions of solidarity the Jewish community has received in its plight. These include some Muslim groups. Vice-President Pence visited Missouri after the desecration of a Jewish graveyard and said, “We condemn this vile act of vandalism and those who perpetuate it in the strongest possible terms.”[16] 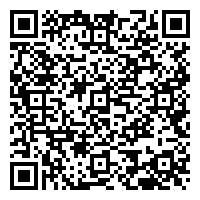