PA Chairman Mahmoud Abbas during his recent speech at the UN General Assembly spoke of the “pure Martyrs” and “heroic prisoners” – “who [Israel says] it is forbidden to pay.” The UN’s simultaneous translator ignored Abbas’ blatant glorification of terror and defense of paying salaries to terrorists by changing his words with a mistranslation! Compare the texts:

The parts that were changed are very significant. When Abbas said “I pay tribute to our pure Martyrs and our heroic prisoners,” he was paying tribute to imprisoned and killed terrorists, including hundreds of murderers of civilians. This was odious terror glorification from the podium of the UN.
Mistranslating this as if Abbas was paying tribute to “all freedom loving countries and peoples and our martyrs,” made his words sound benign.
When Abbas a few sentences later complained that it is “forbidden to pay” these terrorists – a reference to the PA’s policy of paying salaries to terrorists and the international community’s condemnation of this practice – the UN translator omitted the reference to the salaries altogether!
Could it be that these mistranslations were done intentionally?

The following is a longer excerpt of the report on Abbas’ speech in the official PA daily:

Headline: “Experts: Mahmoud Abbas’ support for the families of the Martyrs, the prisoners, and the wounded highlights that our struggle is national and not connected to terror”
“From the UN podium [on Sept. 27, 2018], [PA] President Mahmoud Abbas again emphasized the commitment to continue supporting the families of the Martyrs (Shahids), the prisoners, and the wounded, while rejecting all of the pressures and decisions of Israel, and with it the US…
Among the things Abbas said in his speech: ‘I pay tribute to our pure Martyrs and our heroic prisoners. I say to all Palestinians: First, Israel considers [the Martyrs and prisoners] criminals. Why? Why does it [do so], when it has many thousands of people who have attacked everybody – and these are heroes? Why is the one who murdered [former Israeli Prime Minister Yitzhak] Rabin considered a hero (sic., Israel does not consider Yigal Amir a hero, he is serving a life sentence in prison -Ed.), and we – our people – are criminals whom it is forbidden to pay? I pay tribute to our heroic Martyrs and prisoners! And I say to everybody, we are standing before a time close to the dawn of freedom and independence. The darkness of the occupation will come to its end’…
Director of The Supreme Council for Overseeing Prisoners and Released Prisoners’ Affairs Amin Shuman responded to the subject with these words: ‘The renewed approval of President Mahmoud Abbas for the continuation of the support for the families of the Martyrs, the prisoners, and the wounded, and for the payment of their allowances (mukhassasat), is proof that this issue is not up for negotiation and that his position regarding it is constant.’
It should be noted that the president has already emphasized in the past that it is necessary to continue paying the prisoners’ allowances, even if there is only one penny left; and this is in response to the Israeli law that the Israeli Parliament ratified regarding the deduction and theft of the allowances (law to deduct terror salaries from PA tax money; see note below -Ed.), which are a right of the Palestinian people and the prisoners’ families.”
[Official PA daily Al-Hayat Al-Jadida, Sept. 29, 2018]

Law to deduct terrorist salaries from PA tax money – Israeli law stating that the PA payments to terrorists and the families of dead terrorists is a financial incentive to terror. The law instructs the state to deduct and freeze the amount of money the PA pays in salaries to imprisoned terrorists and families of “Martyrs” from the tax money Israel collects for the PA. Should the PA stop these payments for a full year, the Israeli government would have the option of giving all or part of the frozen money to the PA. The law was enacted on July 2, 2018.
During the parliamentary vote, the law’s sponsor Avi Dichter said: “The Foreign Affairs and Defense Committee received much help in its deliberations… from Palestinian Media Watch who provided us with authentic data that enabled productive and professional deliberations, nuances that are very difficult to achieve without precise data.” [Israeli Parliament website, July 2, 2018] 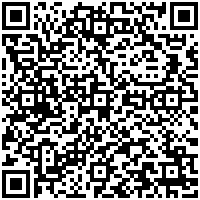