Sadeq Zibakalam, political science professor at the University of Tehran, told IRNA on Saturday that Iran’s situation would improve after November 4, when the new US sanctions are scheduled to take effect.

Zibakalam believes that the psychological impact of anticipating the coming sanctions on the Iranian economy is worse than the sanctions themselves. He is also convinced that most of Prsident Trump’s anti-Iran measures have already been implemented, including forcing a reduction in other countries’ purchases of Iranian oil.

The first sanctions were imposed on Iran by the Trump administration on August 6, and the second batch of sanctions, removed by President Obama following the nuclear deal with Iran, will be restored on November 4. As a result of the August sanctions, the value of Iran’s currency has fallen sharply, driven by heavy demand for dollars by Iranian businesses and individuals trying to protect their assets.

Zibakalam appears frequently on international news outlets including the BBC News and Al Jazeera. Known as a moderate, he registered as a candidate for the Iranian legislative election in 2000, but was disqualified by the Guardian council.

“Everyone is waiting to see what happens after November 4,” says Prof. Zibakalam, “But when that day comes and nothing happens, as I predict, this psychological effect on society will be removed.”

“After November 4, there won’t be a catastrophe, and as a result a state of peace will prevail which will in turn lead to the resolution of a lot of issues,” Zibakalam predicted. 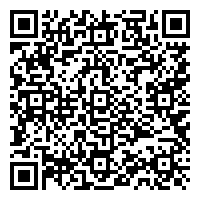