{Originally posted to the Pressure Points blog on the 0 website}

Israel announced this week the discovery of several tunnels dug by Hezbollah and reaching from Lebanon into Israel. Their existence has been confirmed, and has been condemned not only by Israel but as well by the United States, Germany, and the United Kingdom.


The head of UNIFIL, the UN force along the Israel-Lebanon border, was taken to see one of the tunnels. Reuters reported as follows:

U.N. peacekeepers in Lebanon have confirmed the existence of a tunnel discovered by the Israeli military close to the blue line separating the two countries, it said in a statement on Thursday.

The U.N. Interim Force in Lebanon (UNIFIL) is “engaged with the parties to pursue urgent follow-up action” and “will communicate its preliminary findings to the appropriate authorities in Lebanon”, it added.

Haaretz noted that “UNIFIL’s Head of Mission Stefano Del Col confirmed that he visited along with a technical team the spot where the IDF discovered the second tunnel close to the Blue Line.”

These tunnels are quite obviously a violation of Israeli sovereignty, and a violation of the governing UN Security Council resolutions, 1559 and 1701. Those resolutions demand that the Lebanese government exercise sovereignty in all of Lebanon. Resolution 1701 “calls upon the Government of Lebanon and UNIFIL…to deploy their forces together throughout the South….” of Lebanon.

Resolution 2373, adopted in August 2017, extended the UNIFIL mandate. It added that the Security Council

recalls its authorization to UNIFIL to take all necessary action in areas of deployment of its forces and as it deems within its capabilities, to ensure that its area of operations is not utilized for hostile activities of any kind….

The existence of these tunnels, dug from precisely the area of southern Lebanon that UNIFIL is meant to patrol, means that this area is indeed “utilized for hostile activities.” What then is the meaning of the UNIFIL response stating that “will communicate its preliminary findings to the appropriate authorities in Lebanon”? The meaning is that UNIFIL will likely do nothing.

UNIFIL is not supposed to be merely a means of communication, or the Security Council would have bought cell phones instead of paying for a military force. Moreover, there are no “appropriate authorities” in Lebanon or Hezbollah would never have been able to dig its tunnels.

The tunnels are hardly the only brazen Hezbollah violation of the Security Council resolutions undertaken right under UNIFIL’s nose. Consider this: Hezbollah is blocking roads in southern Lebanon to smooth the path of missile it is moving into the area, according to a report in the newspaper Israel Hayom. Then there is the village of Gila, just north of the Israeli border, where there is a Hezbollah headquarters and according to the Israelis about 20 warehouses with weapons, combat positions, lookout positions, dozens of underground positions. All this was built in an area supposedly patrolled by UNIFIL.

What is to be done? As I wrote in a previous post about UNIFIL and its new commander,

Del Col should test the limits. That will make Hezbollah angry, but if Hezbollah isn’t vexed by UNIFIL’s presence then we are all wasting a lot of money–$500 million a year is the UNIFIL budget—and effort supporting that organization and making believe that it is enforcing resolution 1701.

This is a test of UNIFIL and its new commander. “Communicating” to “appropriate authorities” is a euphemism for doing nothing at all. Hezbollah is preparing for war. UNIFIL is supposed to get in its way. If it cannot hinder Hezbollah’s war preparations in any way and is even ignorant of them, UNIFIL is a waste of time and money. 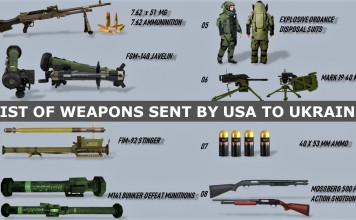 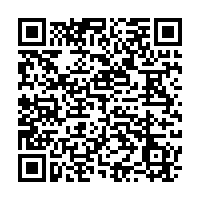