In a NY Times obituary for Benzion Netanyahu, the father of Israel’s PM, who died on Monday at the age of 102, this sentence appears:

Ultimately, Israel was created as a result of the partition the revisionists opposed.


The “revisionists,” of course, are the followers of Vladimir (Ze’ev) Jabotinski, who believed that the state of Israel should comprise all of historical Eretz Yisrael, which includes all of the land between the Mediterranean and the Jordan (plus some parts east of the Jordan that were given to the Arabs by the British in 1922). They saw the proposed partition, which gave the Jews only a sliver of the original Mandate, as unacceptable.

Much can be written about revisionist Benzion Netanyahu (who once served as Jabotinsky’s secretary) and his son, including the true but trivial remark of an unfriendly commentator that “to understand Bibi you must understand the father.” This is true for all of us that have fathers, but the PM has certainly taken a different political path than his father.

But I digress. I want to talk about the sentence from the obituary that I quoted above. Was the state of Israel created as a result of the 1947 partition resolution?

That is what I was taught as a child: that the throng of Palestinian Jews in the photograph above were celebrating the creation of the state. But what was passed at the UN in New York was a non-binding resolution of the General Assembly, and while the ‘official’ representatives of the Zionist movement — the Jewish Agency, controlled by Jabotinsky’s ideological opponent, David Ben Gurion — accepted the proposal, both the leadership of the Palestinian Arabs and the Arab nations vehemently rejected it. As a result, it was not implemented and did not create the envisioned Jewish and Arab states.

The British retained control until May 14, 1948. During this time they refused to assist in implementing the plan (they had abstained from voting on the resolution), because they hoped to prevent the establishment of a Jewish state. Arthur Koestler (Promise and Fulfillment – Palestine 1917-1949, p. 163) wrote,

And indeed war, between the Jewish forces (primarily the Hagana) and the Palestinian Arab militias, along with Arab ‘volunteers’ from other countries, continued. After the declaration of the state of Israel, several surrounding Arab nations invaded Palestine, hoping to grab territory for themselves as well as to finally put an end to the threat of Jewish sovereignty in their midst. The war left the Jews in physical possession of the land up to the ‘Green Line’, the 1949 armistice line between the armies.

The partition resolution, therefore, had little to do with the creation of the state of Israel and nothing to do with its boundaries (its eastern border is still undefined in international law). Its only function may have been to provide a pretext for British withdrawal.

On May 14, 1948, Israel declared independence, and the state was recognized immediately by the US and shortly thereafter by the USSR. Other nations soon followed suit. On March 4, 1949, the UN Security Council recommended that Israel be admitted to the UN and on May 11 the GA voted her its 59th member. Thus the international community recognized the Jewish state. But who or what created it?

In the 19th Century, Theodor Herzl recognized the truth that the Jewish people could only be secure in a sovereign state, and inspired the Zionist movement to bring Jews back to the land of Israel. In 1922, the League of Nations accepted the principle of a Jewish home in Palestine and wrote the text of the Balfour Declaration into the Palestine Mandate. The Mandate entrusted the creation of this home to the British.

The British, unfortunately, did their best to subvert the intent of the Mandate, in the process dooming countless Jews to death in the Holocaust. But the Jews of Palestine worked to create the structure of a Jewish state during the Mandate period, building institutions of governance, security, education, communications, health care, etc. They waged an anti-colonialist struggle against the British, while protecting themselves against terrorism (even then) from Arabs opposed to Jewish sovereignty.

When the British left, they were prepared to establish a state. Since then, Israel has defended her sovereignty in several wars.

So the answer to the question posed by the title to this post is simple: Zionist Jews in the Land of Israel created the state, and not any UN resolution. 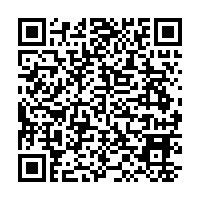