Contrary to conventional “wisdom,” most Arabs in British Mandate Palestine – and most of the 320,000 1948 Arab refugees – were migrant workers and descendants of the 1831-1947 Muslim immigrants from Egypt, the Sudan, Lebanon, Syria, as well as from Iraq, Saudi Arabia, Bahrain, Yemen, Libya, North Africa, Bosnia, India, Afghanistan, etc.. Britain enticed Arab immigration and blocked Jewish immigration.

Thus, between 1880 and 1919, Haifa’s Arab population surged from 6,000 to 80,000, mostly due to migrant workers.  The eruption of WW2 accelerated the demand for Arab manpower by the British Mandate’s military and its civilian authorities.

Moreover, Arab migrant workers were imported by the Ottoman Empire, and then by the British Mandate, to work in major civilian and military infrastructure projects.  Legal and illegal Arab migrants were, also, attracted by economic growth, which was generated by the Jewish community beginning in 1882.

According to a 1937 report by the British Peel Commission (featured in the ground-breaking book, Palestine Betrayed , by Prof. Efraim Karsh), “during 1922 through 1931, the increase of Arab population in the mixed-towns of Haifa, Jaffa and Jerusalem was 86%, 62% and 37% respectively, while in purely Arab towns such as Nablus and Hebron it was only 7% and a decrease of 2 percent in Gaza.”

Irrespective of occasional Arab emigration from  British Mandate Palestine – due to intra-Arab terrorism, which has been an endemic feature in the Middle East – the substantial wave of Arab immigration from 1831-1947 triggered dramatic growth of the Arab populations in Jaffa (17 times), Haifa (12 times) and Ramla (5 times).

According to Joan Peters’ momentous book, From Time Immemorial (Harper & Row, 1984), which was written in consultation with Prof. Elie Kedourie, the “Olympus” of Middle East history and politics, “The 1931 census [documented] at least 23 different languages in use by Muslims plus an additional 28 in use by Christian Arabs – a total of 51 languages.  The non-Jews in Palestine listed as their birthplaces at least 24 different countries….”

The (1831-1840) conquest of the Land of Israel, by Egypt’s Mohammed Ali, was solidified by a flow of Egyptian and Sudanese migrants settling between Gaza in the south, Tul-Karem in the center and the Hula Valley in the north.  They followed in the footsteps of thousands of Egyptian draft dodgers, who fled Egypt before 1831 and settled in Acre. In 1865, the British traveler, H.B. Tristram, documented, in The Land of Israel: a journal of travels in Palestine , Egyptian migrants in the Beit-Shean Valley, Acre, Hadera, Netanya and Jaffa.

According to the August 12, 1934 issue of the Syrian daily, La Syrie, “30,000-36,000 Syrian migrants, from the Hauran region, entered Palestine during the last few months alone.”   The role-model of Hamas terrorism, Az-ed-Din el-Qassam, who terrorized Jews in British Mandate Palestine, was Syrian, as was Kaukji, the chief Arab terrorist in British Mandate Palestine during the 1930s and 1940s.

Libyan migrants settled in Gedera, south of Tel Aviv. Algerian refugees escaped the French conquest of 1830 and settled in Safed alongside Syrians and Jordanian Bedouins in Tiberias. Circassian refugees, fleeing Russian oppression (1878) and Moslems from Bosnia, Turkmenistan, and Yemen (1908) further diversified the Arab demography west of the Jordan River.

In fact, Mark Twain wrote in 1869 ( The Innocents Abroad ) :  “Of all the lands there are for dismal scenery, Palestine must be the prince…. The hills are barren…. The valleys are unsightly deserts…. Palestine is desolate and unlovely.”

Thus, contrary to the myth of the 1948 Arab refugees – aiming to delegitimize Israel – Arabs have not been in the Land of Israel from time immemorial; no Palestinian people was ever robbed of its land; there is no basis for an Arab “claim of return;” and most of the 320,000 Arab refugees – who were created by the 1948 Arab invasion of Israel and their own collaboration with the invasion – were recent immigrants and foreign workers (from neighboring Arab countries) in the Land of Israel. 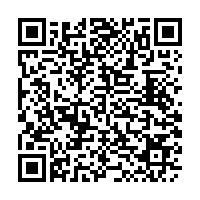