The 16th presidential elections will be held today, during which the Knesset will pick the 10th president in the history of the State of Israel. The president-elect will take up his new position by swearing an oath after the current president, Shimon Peres, concludes his term in office on July 27, 2014.

One could be forgiven for thinking that the official, ceremonial election campaign would have been managed more responsibly and with greater discretion, as one would expect for any presidential election campaign in Israel. In practice, however, this campaign was one of the dirtiest, most visceral campaigns in the history of the presidency. It was everything but diplomatic and statesmanlike.

This campaign was characterized by political intrigue, the hiring of private investigators, the leaking of damaging information, criminal allegations, and even police investigations. The candidates claimed that they were victims of “targeted liquidation,” the “settling of scores,” “character assassination,” and that they had turned into “punching bags.”

Never before has an Israeli presidential election campaign featured such a large number of individuals who saw themselves as worthy for the job. There was also the prime minister’s attempt to completely alter the face of the institution – and do away with it entirely. For a while, he even refused to declare his support for one of the candidates, even one from his own party. As if that weren’t enough, the Israeli public bore witness to the intense, incessant speculation by the Israeli press regarding the candidates’ past and their alleged transgressions.

It seems as if these elections were inspired by a script of a soap opera or a Bollywood film. The campaign was marred by a criminal investigation against a Likud candidate, Minister Silvan Shalom, who was alleged to have sexually harassed a former employee. That investigation was closed, and Shalom never did return to the race.

There were also other reports regarding Labor Party candidate Binyamin Ben-Eliezer and his supposed penchant for patronizing casinos in London while he was a minister in the Israeli government. Then, just four days before the election, the press reported that police were opening a criminal probe against Ben-Eliezer on suspicion of receiving illicit funds that helped him purchase a luxury apartment in Jaffa. The social networks also were used to put out damaging information about other candidates.

The viciousness of the campaign deterred a number of other potential candidates from throwing their hats into the ring. In the end, we were left with a field of just five candidates – MK Reuven Rivlin (Likud), MK Meir Sheetrit (Hatnua), former MK Dalia Itzik, Nobel laureate and Israel Prize winner Prof. Dan Shechtman, and retired Supreme Court Justice Dalia Dorner, who currently heads the Israel Press Council.

“This is one of the stormiest campaigns that have ever been held in Israel,” said Maayan Nave, a top strategist who heads the NOW-YOU public relations firm. “This is the most dignified, respected position in the state. What started out as an emotional, political race has become very negative, one filled with twists and turns and mudslinging. This simply amplifies the need for a public, preliminary vetting process.”

“The process of choosing a president is based on the decisions of 120 members of Knesset only, who vote in a secret ballot,” said Ofer Golan, a strategic advisor and partner in the NOW-YOU firm. “For this reason, despite the intense media attention, there is a degree of uncertainty regarding how the lawmakers will vote. It may very well be that in internal conversations the members of Knesset will decide one thing but in the vote they will announce something else, so it is very difficult not only for the press but also for the lawmakers themselves to get a general picture of how this is going to play out. We have heard private conversations in which members of Knesset say they are learning toward our candidate, and vice versa. So there are a lot of politics in this election, a lot of personal motives, scores to settle, personal favors, things that are lurking underneath the surface.”

Nave and Golan are the advisors who are helping Meir Sheetrit, one of the leading candidate for president, in his bid for the presidency. As professionals who know how to lead a campaign and shape public opinion, they cite the press as a major factor in this campaign. 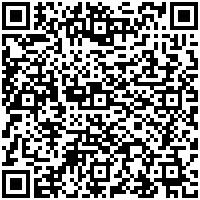