Many attempts have been made to explain why the US failed to allow the Jews of Europe to seek refuge in America. In this series of essays, we will explore some of the key factors. Understanding the milieu in which the antisemitic State Department, the isolationist Congress, the anti-immigrant American public resisted any pressure to change American immigration policy, and the American press deemphasized the extent of the destruction of European Jewry helps places the period in perspective. This does not excuse Roosevelt in any way, yet it does clarify why he was far from being no alone in failing to help save the Jews.

Antisemitism, nativism, and a policy of “America First” were the leading forces behind the campaign to prevent Jews from entering the US asserted historian David Wyman in Paper Walls: America and the Refugee Crisis 1938-1941 and Henry Feingold in The Politics of Rescue.

Historian Leonard Dinnerstein illustrates the opposition the Jews encountered to gaining entry to the US. One poll asked if American Jews had two much power in the country. In May, 1938, 36 percent of answered yes. By 1945, 58 percent held this view. In February 1942, a survey asked: “What nationality, religious or racial groups in this country are a menace [threat] to American’s.” Twenty-four percent said the Japanese, 18 percent claimed the Germans, and 15 percent named the Jews. In June 1944, the 24 percent claimed the Jew was the greatest danger. The Japanese were at nine percent and the Germans had declined to six percent. Kirk Douglas, who became an international movie star, said in the 1940s people did not know he was Jewish. As a result, he heard “the things that in their nightmares Jews speculated non-Jews say, and…I found out, they do.”

In response to why Jews were the object of hostility in the US and throughout the world, sociologist Charles Herbert Stember discovered that “perceived” Jewish traits were responsible for antisemitism. In Jews in the Mind of America, Stember published his findings, which found that “Jewish attributes” of greed, dishonesty, excessive power, especially in the economic arena were the primary reasons for antisemitism. Of special significance is the claim that antisemitism’s growth is because “the war made us conscious” of the Jews. This assertion, made in 1946, suggested “that increased salience…may be a factor in increasing hostility.”

Historian Theodore S. Hamerow quoted a February 1936 Fortune magazine article that raised a number of disconcerting questions: “Can this universal stranger be absorbed in the country which has absorbed every other European stock? Does he wish to be absorbed? Can he live happily and in peace if he is not absorbed?”

Hamerow also quoted an article in Harper’s Magazine also faulting the Jews for antisemitism, but ascribed the animosity to Jewish ambition, accomplishments and their large population in the country. In England, for example, Jews accomplished more than in other countries. “[They] get what is coming to them, in government, in finance and almost everything else. Why? Because they there were comparatively few in number. “{England] has never been overrun by crowds of them as has happened in southeastern Europe and elsewhere.” Since Jews achieve greater success in amassing fortunes and power than non-Jews, the more Jews that reside in the country, the wider the differences there are between the citizens and the immigrants. Whenever there is this disparity, there is resentment. “Any group of people that in the long run seems to be getting more of than its share of what is accessible will come in due time to be disliked by observers who are less fortunate.”

Limiting the number of Jews into the US

The attitude is also reflected in a survey conducted in November 1938 by psychologist Hadley Cantril, who found that when Americans were asked “Should we allow a larger number of Jewish exiles from Germany to come to the United States to live?” 77 percent said no, 23 percent said yes, and 8 percent had no opinion. The results were published in Cantril’s book Public Opinion, 1935-1946.

In The Abandonment of the Jews: America and the Holocaust 1941-1945, David Wyman said that from 1933 to 1941, opponents of immigration based their justification on the high unemployment of the Great Depression. Economic concerns were reinforced by a persuasive belief in nativism or “100 percent Americanism.” Opposition continued even during wartime prosperity and included many members of Congress, Daughters of the American Revolution and the American Coalition of Patriotic Societies, representing the interests of 115 different organizations with a total membership of 2.5 million, and veterans’ organizations. The Veterans of Foreign Wars (VFW) and the American Legion wanted a virtual end to immigration. In the early 1940s the Legion counted 28 senators and 150 congressmen in their organization.

Wyman said that during the war, there were hundreds of bills in Congress to decrease immigration. Three, in particular, illustrate the prevailing sentiment. One called for the postponement of all immigration until the end of the war; another to terminate immigration at the end of hostilities; and to cut the quotas for a ten-year period.

Even suggesting that a considerable number of children be admitted to the U.S. beyond the existing limits, met with resistance James G. McDonald found. From October 1933 to December 1935, McDonald served as chair the High Commission for Refugees (Jewish and Others) Coming from Germany. In the spring of 1938 he became chairman of Roosevelt’s Advisory Committee on Political Refugees. When New York Senator Robert F. Wagner (D) and Massachusetts Representative Edith Rogers (R) introduced a bill to allow 20,000 refugee children, ages 14 and under, from the Greater German Reich, into the U.S. over a period of two years, McDonald was told Congress would use the opportunity to reduce the “quotas instead.” The bill died in committee in the summer of 1939 as the members of Congress rushed to adjournment.

In Paper Walls, Wyman posits that nativists viewed the bill as an emotional ploy to gain access to the US. Once the gates were open, they feared foreigners would inundate the country. Since the bill ostensibly would save Jewish children, antisemitism helped those who were opposed to the legislation. The legislation also suffered from absence of support from the Administration, and the American public.

The lack of support for the Rogers-Wagner by the American public doomed any possibility of it becoming law. A Gallup poll conducted in January 1939, found that 26 percent of Americans supported a proposal “that the government permit 10,000 refugee children from Germany to be brought into this country and taken care of in American homes,” while 66 percent opposed the idea, and 8 percent had no opinion. Based on his experience with resettlement, McDonald concluded that it would be simpler to secure havens for a greater number of people, including Jews, “if there were non-Jews among them.”

Opposition to immigration continued even during wartime prosperity. In 1939 the unemployment rate was 17.2 percent; in 1940 14.6; and in 1941 9.9 percent according to Kimberly Amadeo, and expert on the U.S. economy. In “American Jewry, The Refugees and Immigration Restriction, (1932-1942),” David Brody quoted “Refugees at Work,” a 1940 study conducted by Columbia University, indicating that since 1933 the refugees had not supplanted American workers. They had essentially increased employment through their “transplanted skills.”

Throughout the years that McDonald served as High Commissioner for Refugees, he met with many leading Jewish leaders including Felix Warburg, the philanthropist who headed the American Jewish Joint Distribution Committee. Arthur Morse noted that MacDonald tried to warn everyone he met during these early years that Nazi persecution was not a transitory aberration. He suggested to Warburg that “The Jewish Communities, particularly in Great Britain and the United States, must now at last realize the truth, bitter and terrible though it is, which you and I and some of the rest of us have tried to drive home to them for more than two years–there can be no future for Jews in Germany.” 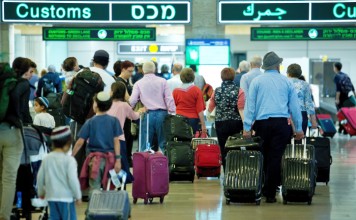 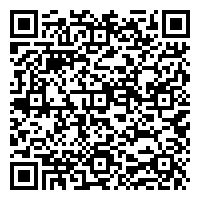