Just one month after Naftali Bennett was sworn in as prime minister, the new Israeli government is grappling with an attempt to rollback one of the most significant foreign-policy achievements of the Netanyahu era.

In May 2018, former President Donald Trump officially moved the U.S. embassy from Tel Aviv to Jerusalem, months after he formally recognized Jerusalem as Israel’s historic and modern capital city. The move was the fulfillment of the Jerusalem Embassy Act of 1995.

That act specifically emphasized that Jerusalem “should be recognized as the capital of the State of Israel” and “should remain an undivided city in which the rights of every ethnic and religious group are protected.”

The act acknowledged in its preliminary findings that “from 1948-1967, Jerusalem was a divided city;” “in 1967, the city of Jerusalem was reunited during the conflict known as the Six-Day War;” and that “since 1967, Jerusalem has been a united city administered by Israel.”

The 1995 act passed both houses of Congress by an overwhelming bipartisan majority—93-5 in the Senate and 374-37 in the House of Representatives—and called for the embassy to be moved no later than May 1999. Yet the act also provided a presidential waiver to delay implementation by six months due to security concerns. That waiver was signed every six months by successive presidents until Trump refused to do so.

When Trump announced that he would fulfill Congress’s law to recognize Jerusalem in December 2017, he stated, “Today we finally acknowledge the obvious: that Jerusalem is Israel’s capital. This is nothing more or less than a recognition of reality. It is also the right thing to do. It’s something that has to be done.”

As a follow-up to the embassy move, in March 2019, the Trump administration shuttered a consular mission in western Jerusalem dealing exclusively with Palestinian Affairs. That longstanding consulate had traditionally bypassed America’s ambassador to Israel and served as a direct line between the U.S. State Department and the Palestinian Authority. In its place, a Palestinian Affairs Unit was opened up within the U.S. embassy to Israel.

The famous consular building on Jerusalem’s Agron Street, which predates the founding of the modern State of Israel, was then converted into the ambassador’s residence, officially completing the requirements of the 1995 Jerusalem Embassy Act.

As part of a Middle East policy reset that seeks to undo many of the policies initiated by the Trump administration, the Biden administration is now pressing Israel to reopen the consular mission to the Palestinian Authority in Jerusalem.

Back in May, during a trip to Israel and to Palestinian-controlled territories at the conclusion of hostilities between Israel and Hamas in Gaza, U.S. Secretary of State Antony Blinken told reporters in Ramallah that, “as I told both Prime Minister [Benjamin] Netanyahu and President [Mahmud] Abbas, the United States will be moving forward with the process to reopen our consulate in Jerusalem.”

His initial request to reopen it was first made during a tense meeting between Blinken and Netanyahu the day before.

Yet reopening the consulate after official recognition of Jerusalem as Israel’s capital suggests that the current administration does not hold the same views as the previous administration and the Congress.

Dore Gold, former ambassador to the United Nations and a longtime Israeli negotiator, said “the question is whether aspects of reopening a consulate specifically to the Palestinians might undermine the fundamental American position that Jerusalem is the undivided capital of Israel.”

He continued, “You had a position with wall-to-wall bipartisan consensus, and now that position is being put into question. It would be a shame, possibly even illegal, to undercut what was the position of both parties.”

By opening a consulate for Palestinians in the city now fully recognized as Israel’s capital, “it sends the signal that Palestinians have sovereign claims to Jerusalem,” he added.

During a meeting in Ramallah this week between Deputy Assistant Secretary of State Hady Amr and Palestinian Authority Prime Minister Mohammad Shtayyeh, Shtayyeh reportedly called for America “to speedily reopen its Jerusalem consulate.”

On Thursday, Al Quds Palestinian newspaper reported that “the Biden administration will reopen the U.S. consulate in Jerusalem in September. It will reopen in the same building it once housed on Agron Street in the west of the city.”

Similarly, a recent report in Axios, suggested that “the Israeli Foreign Ministry has asked the State Department to hold off until at least after the summer to give the new government more time to stabilize,” adding that “Israeli officials say they believe the Biden administration understands the situation, won’t press on this issue for now and may revisit it in September.”

Meanwhile, Israel’s foreign ministry, led by Foreign Minister and alternate Prime Minister Yair Lapid, has reportedly denied this week that an official request to open the embassy was made. Lapid is widely believed to be in favor of the move, both as a gesture towards the Democratic administration in Washington and as a first step in laying groundwork for renewed peace talks.

In a meeting with 26 European counterparts this week, Lapid said “it is no secret that I support a two-state solution” between Israelis and Palestinians. Yet he noted that “unfortunately, there is no current plan” for advancing negotiations.

“It appears that the Biden administration is getting back into the peace process quicker than everybody has expected,” Gold told JNS.

In an attempt to counter the U.S.-Palestinian bid, Likud Party member and former Jerusalem Mayor Nir Barkat introduced the Basic Law: Jerusalem, co-sponsored by 38 Knesset members, on Wednesday that would officially prohibit any country from opening a diplomatic mission in Jerusalem that is not specifically a mission to Israel.

The proposed legislation asserts that “a state will not open or establish a diplomatic mission in Jerusalem that serves a foreign political entity.”

Barkat told JNS that it is a “danger that foreign minister Lapid would allow the opening.”

Specifically addressing Bennett, Barkat warned that the right-wing prime minister “must not allow a move that will divide Jerusalem, the capital of Israel forever and ever.”

In a statement, Barkat noted that the new consulate law should “embarrass the Bennett-Lapid government.”

“We will not allow the government to harm the status of Jerusalem as the united capital of Israel,” he said. “Unfortunately, in the Lapid-Bennett government, there are ministers who are striving for the division of Jerusalem, and for ordering pressure and decisions of the international community against us. This is a real danger to the status and security of the capital of Israel.”

He added that the purpose of the law is “to prevent the establishment of consulates that will serve the Palestinians from Jerusalem and to prevent the government from making concessions that will harm Israel’s capital.”

Barkat departed to the United States on Thursday to lobby U.S. policymakers and the media against reopening the consulate.

“What sovereign nation would allow a foreign mission to be hostile neighbor to be opened in its own territory, let alone its capital?” asked Eugene Kontorovich, professor at George Mason’s Antonin Scalia School of Law and director of the international law department at the Kohelet Policy Forum.

In other words, the only reason to open such a mission in Jerusalem is to roll back the policy that Jerusalem must remain an undivided city.

‘The U.S. doesn’t recognize a nation of Palestine’

According to former U.S. Ambassador to Israel David Friedman, “The United States doesn’t recognize a nation of Palestine, and it certainly doesn’t recognize that Palestinians have a capital in Jerusalem. Now if you’re establishing a consulate in Jerusalem to signal that Jerusalem will someday be the capital of a Palestinian state, then you’ve gone way over overboard in terms of U.S. foreign policy.”

“By putting a consulate in Jerusalem and signaling a separate mission and a separate capital to another country, you are essentially dividing Jerusalem. That would be absolutely 180 degrees opposite of the policy of the United States, which was passed by an act of Congress,” Friedman told JNS. “Opening another consulate or mission in Jerusalem would violate the Jerusalem Embassy Act.”

David Milstein, former special adviser to Friedman, told JNS, “Reopening this separate diplomatic mission to the Palestinians would render the U.S. government noncompliant with American law. It would also contradict Biden’s campaign promise to keep the embassy in Jerusalem.” He added that it would “recreate major inefficiencies, having two conflicting U.S. diplomatic missions in the same city and revive what was an ideologically pro-Palestinian office in the heart of Israel’s capital.”

“The threat is not just that you are potentially rolling back a major diplomatic gain, but even more importantly that you will not be able to move forward and build on that diplomatic achievement,” explained Gold. “If you want to get more countries to recognize Jerusalem and move their embassies to Jerusalem, then opening a consulate to the Palestinians there sends a signal that they have doubts about the Israeli sovereignty in Jerusalem.”

On the contrary, if the United States opens up a consulate directly to the Palestinians in Jerusalem, it may cause other nations to make a similar request. Instead of having embassies to Israel in Jerusalem, Israel may end up having consulates to a hostile neighbor in its capital.

“It could lead to a chain reaction,” said Gold. “When it comes to Jerusalem, there can be no messing around.”

A redline for Bennett?

Ultimately, the decision on whether the consulate opens rests with the new Israeli government, which would need to give official permission to the United States for the move.

The question is whether Israel’s sovereignty over Jerusalem is a redline for right-wing prime minister Bennett as he balances intense diplomatic pressure from the United States, as well as from his left-wing coalition partners, including Lapid.

According to former Israeli Ambassador to the United States Ron Dermer, such a move “suggests that you are de facto dividing Jerusalem and creates a belief that ultimately Jerusalem is going to be divided.”

“I think it is a bad idea that Israel that should oppose,” he told JNS. 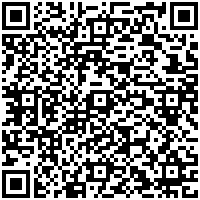