Israel’s opposition, led by Likud Knesset member and former Jerusalem Mayor Nir Barkat, submitted a bill on Wednesday to bar the United States from reopening its diplomatic mission to the Palestinian Authority in eastern Jerusalem.

The legislation, Basic Law: Jerusalem, drafted by Barkat has already gained more than 30 signatures, Ynet reported. So far, 38 Knesset members have signed on as co-sponsors, including Yamina MK Amichai Shikli. But without the support of the coalition MKs, the bill is unlikely to pass.


On Thursday, Barkat left for the United States to meet with members of both houses of Congress and to talk about the issue to the media in New York and and Washington D.C., reported Ariel Kahana of Israel Hayom.

The US mission was merged into the U.S. embassy in Jerusalem in 2019 by the Trump administration, becoming the Palestinian Affairs Unit.

The Biden administration, however, announced plans to reopen it. To that end, U.S. officials have reportedly been pressuring Prime Minister Naftali Bennett and Foreign Minister Yair Lapid to allow that. The decision is part of the Biden plan to restore US ties with the PA. It is not clear that the Bennett administration will prevent the move.

Barkat warns that the US’s action will snowball into many of the European countries following suit and turning Jerusalem into the consular capital for the Palestinian Authority.

“Apart from the political danger, the move poses a security risk and will allow Palestinians to [freely] enter Jerusalem. We will not allow the government to undermine Jerusalem’s status as the united capital of Israel. It must not be agreed to. We will fight without compromise to preserve Jerusalem,” he said.

Barkat is considered one of leading contenders to replace Likud leader and former Prime Minister Benjamin Netanyahu in the future.

This article is based on a report by JNS. 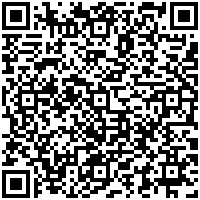