The last “Color Red” siren was sounded in Regional Council Sha’ar HaNegev at precisely 10:58 PM, and since then—11 hours, give or take—it’s been quiet in the Jewish settlements around the Gaza Strip. Both the IDF and the terrorists have been sticking to their commitment. (Update: The Jewish Press just reported, at 10:15 AM Thursday, that a rocket fired at Regional Council Ashkelon Coast exploded over Arab territory).

Also, according to the IDF Spokesman’s office, out of the 13 rockets and mortar shells fired after the official ceasefire had begun, at 9 PM, 10 fell inside Gaza, two fell in open areas in Israel, causing no damage, and one was intercepted by the Iron Dome system.

I’ll deal in a minute with the deeper meaning of having reached a ceasefire through the good services of the U.S. and a Muslim Brother Egyptian president, and also what it means that Israel has now de facto recognized the Hamas government. But before we deal with that, and the rest of the moral, spiritual, and, of course, military and political aspects of this bizarre truce, let’s review what has been achieved over the past week or so of fighting.

Here are the IDF’s official figures: During Operation Pillar of Defense, aka Pillar of Cloud (the literal meaning of “Amud Anan”): The IDF attacked 1500 targets, including 19 major Hamas command centers, operational control centers and senior headquarters. 30 senior terrorists were attacked, wreaking havoc on Hamas’s short-term command and control issues. Hundreds of underground launchers were attacked and destroyed. 140 smuggling tunnels and 66 fighting tunnels were demolished. Dozens of Hamas war rooms and camps were attacked. 26 sites that manufactured and stored weapons were destroyed. Dozens of long-range launchers were destroyed.

These are the top Hamas operatives killed during the operation:

11.17: Osama Kadi, a senior activist in southern Gaza smuggling operations and Muhammad Kalab, an activist in the air defense array.

In other words, Israel gained no strategic asset at all. As has been shown in the past with the assassination of every major, “irreplaceable,” terror genius, each time we kill one of those, soon enough he is replaced, and the terrorist system absorbs the damage skillfully, quickly returning to its former functionality if not better.

As the old adage says: the graveyards are full of irreplaceable people.

Yesterday I uploaded a bunch of pictures of the Hamas government district after the IAF had pounded it overnight. It looked like a junkyard, it reminded me of images of Stalingrad during the war. If, God forbid, they had been able to inflict this kind of damage on us, you’d see the lines of Israelis at Ben Gurion airport stretching all the way to Tel Aviv, with everybody holding tickets for safe havens in Warsaw, Berlin, and New York City.

But the Arabs in Gaza, at least the Hamasniks among them, are celebrating. Heck, they celebrate so hard, one got killed and three wounded just from the happy shooting in the air! They live like rats underground, they risk their lives every day, moving Iranian, Ukrainian, Chinese and Russian death technology through the Egyptian desert from the Sudan, from Libya, from wherever they can. Now and then the IAF rains death on their heads and they retreat, pause, and get started all over again.

The last time I saw that kind of dedication on our side was in 1973, when a tiny group of IDF armor soldiers held the entire Syrian army at bay, keeping it from pouring into northern Israel.

But during that 1973 war Israel was transformed. We were forced to take instructions from our masters in Washington, who had different designs for us. It’s true that, back in 1956, we were also ordered by a U.S. president to pull out of the Sinai and give up the territory we had gained in battle. But in 1973 we had an opportunity to finally and unequivocally stake our claim to our homeland, make a clear statement about the fact that we belong here, and will stay here forever, God willing. 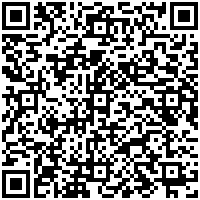