Hamas’s rocket barrage against Israel on Monday marked an escalation in the group’s ongoing war against Israel, both quantitatively in the amount of rocket fire, and qualitatively in Hamas’s willingness to claim responsibility for the attack.

The attack has triggered broad concerns that the terror group is returning to its posture of late June 2012, when Palestinians launched over 80 rockets at Israeli towns and communities over a four-day period. The comparisons have some traction: June 20 was the last time any Palestinian group launched more than 30 rockets into Israel in one day, and that month was also the last time Hamas explicitly took responsibility for rocket fire.


The more troubling possibility, however, is that Hamas is reverting not to its June 2012 stance but to December 2008, when the group categorically refused to renew a long-standing ceasefire with Israel and subsequently fired more than 100 rockets and mortars at Israeli towns and cities. Israel eventually responded by launching Operation Cast Lead to halt the ongoing attacks. The war lasted weeks.

There are worrying parallels between Hamas’s December 2008 infrastructure and strategy and its reinvigorated aggression:

(1) Militarized Civilian Infrastructure Hamas has remilitarized civilian and religious infrastructure in Gaza. The IDF’s response to Monday’s attacks included targeting an example of that infrastructure, a mosque that had been turned into a Hamas post.

Before and during Cast Lead, Hamas transformed up to 100 mosques into depots and bases, and the IDF even discovered a Hamas map outlining how fighters should position themselves next to mosques, homes, and gas stations to achieve maximum carnage.

Hamas’s military redeployment to mosques indicates that the group is again preparing to target civilians during hostilities with Israel.

(2) Political Leadership of “Resistance” Groups Hamas has politically reunited what it terms “the resistance factions” behind it. The group launched Monday’s attack jointly with the Iranian-aligned Palestinian Islamic Jihad. Al-Qassam Brigades spokesman Abu Obeida emphasized through Palestinian outlets the “high-level of coordination between the resistance factions in the management of the confrontation with the Zionist occupation.” Arab sources report that Hamas and PIJ have set up a joint “war room.”

Before and during Cast Lead, Hamas forcibly stamped out all political opposition, continuing a practice it had begun when it seized power by shooting out the kneecaps of political opponents and pushing them off buildings.

Recent analysis had suggested that Hamas was distancing itself from Shiite-aligned Gaza factions and aligning with the Sunni countries fighting a proxy war in Syria against Iran. That analysis was never completely sound: Hamas leaders including Mahmoud al-Zahar gathered in Iran in September to coordinate moves against Israel with other groups, while leaders such as Khaled Mashal, who opposed Iranian involvement in Syria have been marginalized. Regardless of whether the analysis was misguided or Hamas has recalibrated, the result is the same. 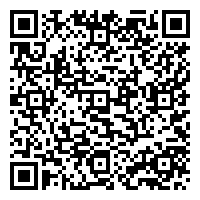