On Sunday, I wondered why — after watching Obama’s poor performance in the debate, with Romney’s “likability” rate rising and voters long saying he would better handle the economy, their number one issue — voters would still vote for Obama.

After the debate, reports abounded of Republicans similarly celebrating Romney’s performance and feeling better about their chances in November. One Republican activist recently told me “I’m feeling very confident.”


on Sunday, I cited the post-debate polls which surveyed people who watched the debate and the only regular poll which surveyed voters after the vote, by Rasmussen. The Rasmussen poll showed Romney with a two-point lead over Obama – even though one-third of those surveyed had been asked prior to the debate.

Since then, two other post-debate polls have been released and show a bump for Romney: a Gallup poll which has the candidates tied and a Pew Research poll which gives Romney a four-point lead among likely voters. These seem to confirm my and other Republicans’ hopes.

But one factor the challenging party sometimes overlooks in its hatred for its opponent is incumbency. Even if voters get over their love affair with President Obama, they won’t easily vote against an incumbent.

The New York Times FiveThirtyEight blog which deals with election analysis points out that despite the post-debate bump, Obama may still be on track to reelection.

Based on the jobs data it argues that:

If past trends hold, that analysis predicts a very narrow victory for Mr. Obama — by 2.1 percentage points over Mr. Romney, similar to Mr. Bush’s margin of victory in 2004.

Then it puts the post-debate bump in perspective:

Challengers also generally profit from the first debate: in 8 of the 10 election cycles since 1976, the polls moved against the incumbent, and a net gain of two or three percentage points for the challenger is a reasonably typical figure.

At the same time, incumbent presidents just aren’t that easy to defeat. Mr. Obama’s approval ratings are now hovering around 50 percent and don’t seem to have been negatively affected by his performance in Denver.

I’m not saying this is Gospel or that every election must follow past patterns, but I do recall the feeling among Democrats in 2004 of “how can anyone vote for Bush” mirroring our own fears of Obama today. 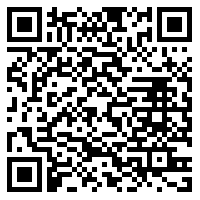