The Human Rights Council (HRC), on the one hand, and human rights on the other hand, constitutes an oxymoron. The HRC – elected by the majority of the UN members – constitutes an authentic reflection of the UN.

The HRC heard testimony from a representative of the Assad regime in formulating one of the resolutions, which denounces Israel for alleged violations of human rights on the Golan Heights. At the same time, the Assad regime has already murdered 8,000 Syrian dissidents and rebels, causing tens of thousands of refugees, some seeking asylum in Israel’s Golan Heights.

The HRC welcomed a report by Professor Richard Falk – who accused the US Administration of complicity and cover up in the September 11th, 2001 terrorist attack – on “the situation of human rights in the Palestinian territories occupied since 1967.” Prof. Falk – a Hamas sympathizer who has justified suicide bombing as a legitimate struggle – was appointed in 2008 to a six-year term as UN Special Rapporteur. Falk succeeded Professor John Dugard, who shares his worldview.

The HRC is assisted by an advisory committee, chaired by Morocco’s Halima Warzazi, who, in 1988, blocked a UN initiative to condemn Saddam Hussein’s chemical warfare against Iraqi Kurds. The vice-chair is Switzerland’s Jean Ziegler, who co-established the “Qaddafi International Prize for Human Rights” and authored books accusing the USA of being responsible for global malaise. Another advisor is Nicaragua’s Miguel D’Escoto Brockman, former President of the UN General Assembly, an admirer of Ahmadinejad, a defender of Omar al-Bashir – Sudan’s president indicted by the International Criminal Court for crimes against humanity, a friend of Fidel Castro and self-hating Americans such as Ramsey Clark and Noam Chomsky.

Since June 2007, Israel has been the only country to be listed on the HRC’s permanent agenda. Out of the ten permanent items on the HRC agenda, eight are organizational and procedural, one deals with global human rights and “item seven” – “the human rights situation in Palestine and other occupied Arab territories” – is the only one that is country-specific. The outcome of the investigation is prejudged, not subject to review. Israel – the only Middle Eastern democracy – is also the only UN member to be ostracized annually, while its enemies are exempt from scrutiny.

80% of all 2010 UN resolutions criticizing specific countries for human rights violations were directed at Israel. Only six other UN members faced human rights criticism at all, one of which was the United States. The HRC subjected the USA to harsh criticism – by Venezuela, Cuba, North Korea, Iran and Russia – for, supposed, human rights violations. The HRC criticized the elimination of Bin-Laden and Israel’s defense against PLO, Hamas and Hezbollah terrorists.

Simultaneously, the HRC has ignored Islamic terrorism, which has afflicted Asia, Africa, Europe, and the USA. No emergency sessions or inquiries were held, and no resolutions were adopted.

In view of the track record of the UN in general, and the HRC in particular, and in light of the intensifying threat of Islamic terrorism, the Free World should become independent of the UN, militarily and policy-wise. The Free World should heed Ambassador Bolton’s assessment that “the UN was marginal during the Cold War, and is well on its way to marginalizing itself when it comes to the world’s greatest threat, terrorism.” 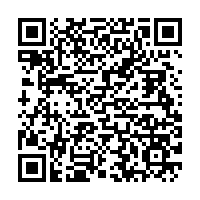