The arm-twisting of Israel by liberal and progressive American Jews is threatening the delicate and vital bonds that link the two major Jewish communities. Oblivious to the consequences of creating dissension and unwilling to accept Israel’s separate and sovereign status, some Reform and Conservative Jewish leaders seem to be engaging in a form of blackmail: Do what we want, or we will turn against you.

As Federation CEO Jerry Silverman said at a meeting in the Knesset in October as part of a Jewish Agency delegation, “We love Israel; Israel doesn’t love us.”

This false characterization reflects a struggle that is tearing apart Israeli-Diaspora relations – and appears to be getting worse. Misrepresenting what the conflict is about and shifting the blame to Israeli “intransigence” serves a liberal/progressive agenda by focusing on fashion rather than substance, on form rather than the content of their demands.

Unable to achieve their objectives through dialogue, negotiations, and good will – without an appreciation of Israel’s distinctiveness and differences –liberal/progressive leaders are turning their communities against Israel.

Attempting to force Israel to accept their demands, some major American contributors and investors to Israel have expressed their anger and frustration with Israeli policies regarding issues such as acceptance of non-Orthodox conversions and creating an egalitarian section of the Western Wall. “Pluralism” seems to be the “hot button” for liberal/progressive Jewish leaders, and a signal to attack.

Although the Israeli government and generous individuals have funded programs and projects – such as the highly successful Birthright and MASA – and established Diaspora-focused ministries and institutions in order to open dialogue and provide solutions, the efforts have not satisfied liberal/Progressive Jewish leaders. The Jewish Agency, led by Natan Sharansky, has tried to mediate. A separate space at a section of the Western Wall in an adjacent archeological area was built for non-Orthodox Jews who wish to pray in their own way and without gender barriers; it is barely used.

This power struggle is undermining support for Israel among some North American Jews at a time when Israel is being attacked by anti-Semitism and BDS campaigns, and faces military threats from terrorists Islamists and Iran. In addition, Israeli society is confronted by challenges from haredim as well as Arab-Israelis.

Israeli-Diaspora connections can no longer be taken for granted, as many liberal/progressive Jews feel alienated from Israel; that feeling has trickled down to the younger generation. Coupled with this, non-Orthodox American Jewish society itself is breaking down: there is more assimilation and a weakening of identification with Judaism and affiliation with Jewish communal life.

Blaming Israel is a convenient weapon to mask failures of the Jewish Establishment. Most non-Orthodox North American Jews have never been to Israel and don’t really care about having a separate space at the Western Wall. They reject the Orthodox definition of “Who is a Jew.” Although some oppose Jewish communities in Judea and Samaria (“settlements”), they have no idea of what or where they are. They have more important concerns and other priorities at home, in their own backyards, not what happens in Israel. So why all the fuss about symbols, status, and where Jews in Israel live?

Liberal/progressive campaigns against Jews living in Judea and Samaria, funded by EU governments and anti-Israel individuals and foundations and supported by the media, join with anti-Israel groups to cast Israel and Israeli Jews as villains – which indirectly and sometimes directly aids BDS campaigns.

In October, the Alliance of Jewish Progressives at Princeton University prevented Deputy Foreign Minister Tzippy Hotovely from speaking at the campus Hillel; the Hillel director, Rabbi Julie Roth and her husband are associated with liberal/progressive NGOs. Unfortunately, they are not exceptions.

A few months ago, historian David Myers, a bitter foe of Israeli communities in “the territories” was appointed to head the prestigious Center for Jewish History in New York City. His first act was to host a program by Jewish Voice for Peace. The anti-Israel program was subsequently cancelled.

There is a profound ideological struggle that has not been addressed. Liberal/progressive Jewish leaders have focused on symbols (like praying at the Western Wall) to advance their “pluralistic” agenda, and many Jews turn away from Israel. The result is a psychological BDS effect linked to the “peace movement” and support for a Palestinian state.

From one side Israel is hammered by the liberal Jewish Establishment; from the other side the “anti-occupation” folks – Israeli and American academics and literati, former IDF generals, and media brainwashers. Their goal is to redefine Zionism, detach North American Jews from identifying with Israel, and promote their agenda which, in the name of protecting Israel, undermines Israeli nationalism, Zionism, and its ethos.

Liberal/progressives would like Israel to look more like North American communities, its suburbs, sports teams and shopping malls; Israelis seek to create a unique version of the Third Jewish Commonwealth, Hebrew-speaking, closely identified with traditional sources, and especially connected to Jewish history and The Land, Eretz Yisrael.

Diminishing the centrality of Israel in Jewish life and the future of the Jewish people in the pursuit of some liberal/progressive agendas – such as supporting Obama’s deal with Iran and opposing the right of Jews to live in Judea and Samaria – endanger other Jews and jeopardize Israel’s survival.

Eroding support for Israel brings us closer to the possibility that in future Mideast conflicts, the international community and even some Jews may not stand with Israel.

Time and again Israeli officials have stated, “We are family. We love and accept our brothers and sisters, but we don’t have to accept everything they do and demand. There are limits.”

The question, therefore, is not whether Israel should bow to the demands of liberal/progressive Jews, but how to work together to strengthen Judaism, the Jewish people, and Zionism. 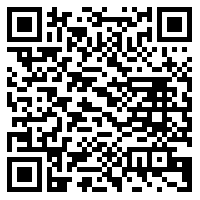