Being religious is fraught with danger. People are often pulled in directions where they can easily break their necks. To be religious is to allow your neshama (soul) to surpass your body, taking it to places where it cannot dwell and is asked to commit suicide.

In Plato’s Phaedo, the metaphor used to describe the relationship of the soul to the body is that of a person locked in prison (Plato, Phaedo (Indianapolis, IN: Focus Publishing, 1998) Introduction, p. 3.). Platonic philosophy aims at liberating a person from their body, which is a prison. Only in that way can they achieve self-perfection. For Aristotle, although ethics and politics are serious issues, the essence of a person— the very activity that is distinctly human—is intellectual contemplation of eternal truth. The highest human achievement lies in the privacy of a person’s thoughts. Its content has no practical human benefit. The most exalted human being is the philosopher, who must be free of the body’s demands, because they interfere with contemplation.


In Judaism, this is not what life is all about. According to biblical thought, the body is not perceived as being in conflict with the soul. It is not an obstacle but rather a most welcome companion. Otherwise, what is the purpose of the body? Just to be a nuisance that we’d be better off without? Jewish thought holds that it cannot be God’s intention to create the human body so as to deliberately frustrate the person. True, the body may sometimes pose challenges, but ultimately this is to allow the human being, not just the soul, to grow. The purpose of human beings is not to dwell in Heaven and contemplate, but to act with their bodies and bring Heaven down to the material domain in order to transform the world into a better place. The meaning of life is to be effectively realized by bringing about the interpenetration of the soul and the body.

The mind of a human—the custodian of all spiritual and ethical values—is, on its own, incapable of action. On the other hand, all the forces and energy in the body are intrinsically indifferent to ethical or spiritual concepts. Only in a combined effort of mind and body can they build the world. Everything that people do must be able to permeate their thoughts, and everything that people think must find a way into their bodies. While this might very well lead to disaster, it can also bring a person to an exalted state of life. This is the task and challenge for which we were created.

Knowledge alone is never a cause for action. Western civilization has mistakenly believed that it is possible to educate the body by reasoning with it. So it has continued speaking to the mind but has never really reached the body. This has led to disastrous consequences, where many philosophers have delivered themselves into the hands of evil.

The distinction between body and soul is similar to a difference in organic functioning; it does not reflect the radical dualism that is implicit in Plato’s prison metaphor.

Perhaps the most acute case of a person almost losing their body while being religious is that of Yaakov falling asleep and dreaming of a ladder on which angels ascend and descend (Bereishit 28:11-12.). The top of the ladder reaches Heaven, and God stands over it. The great German Lutheran thinker Rudolf Otto (1869-1937), coined the term “numinous” and defined it as a “non-rational, non-sensory experience or feeling whose primary and immediate object is outside the self” (Rudolf Otto, The Idea of the Holy (USA: Oxford University Press, 1958) p. 5ff.). It consists of a mysterium tremendum et fascinans—an awe-inspiring and fascinating mystery; an altogether “other” circumstance of an objective presence that generates wonder, fear, and dependence, but also enormous spiritual vitality.

This, says Otto, is what Yaakov experiences when he falls asleep and dreams. There is no greater religious moment than that. It is an unprecedented encounter with God. But it is also extremely dangerous. The experience is so overwhelming that Yaakov runs the risk of losing his body. The dream carries him to Heaven, a place where his body cannot dwell. It is paralyzed and nearly eliminated. Just before his soul releases its body, against all expectations and as if through a miracle, Yaakov wakes up. His reaction is most telling: “Behold, God is in this place and I did not know it” (Bereishit 28:16.). This is an instant of ultimate crisis. It is tremendous to have a religious moment, but what happens when it is impossible to handle? What am I going to do in the real world with this flash of intense unparalleled revelation?

The biggest problem is not the moment itself but how I can keep it alive and take it with me throughout the rest of my life, in a way that is beneficial. And If I can’t, what then is the purpose of this moment? Not only will it fade into oblivion, but it will be a trauma that will haunt me for the rest of my life! It can easily turn into madness. Yaakov’s religious experience leaves him without solid ground under his feet. Plato and Aristotle would have been delighted, but Yaakov is scared to death. It is all meaningless unless I can translate this into the mundane.

While his mind and soul are still in Heaven, Yaakov does the only right thing to do: he looks to the ground and picks up a stone. He wants to find the mundane, because it is there that life takes place. And unless he can apply his experience on the ground, all of these heavenly events will have been in vain.

And Yaakov rose up early in the morning and took the stone that he had placed under his head and set it up as a memorial stone and poured oil on top of it….Yaakov made a vow. “If God will be with me,” he said, “If He will protect me on the journey that I am taking…then I will dedicate myself totally to God. Let this stone, which I have set up as a memorial, become a house of God. Of all that You give me, I will set aside a tenth to You” (Ibid. 18-22.).

Not only does Yaakov root his heavenly experience in the ground by taking a stone to sanctify it with a physical substance, but more importantly, he links it to a mundane financial act. He translates it into ma’aser, promising that he will tithe all his physical possessions. He “de-religionizes” his experience, understanding that being religious cannot mean withdrawing from this world. It must mean engaging with the world and giving it religious and heavenly meaning. He knows that his episode with the ladder is a slippery slope on which one can easily break one’s neck. To redeem this experience, it must be established in a specific space; in a physical act; in the ordinary; not by night, but by day when a person is awake.

What Yaakov does is most remarkable. He introduces one of the great foundations of Halacha: to give a religious moment an ongoing effect it must be translated into the tangible, the mundane. It must establish patterns of bodily reactions and conduct, which testify to an acute corporeal awareness of a reality that is not body. To achieve an authentic state of religiosity, there must be an element of ‘everydayness,’ of the commonplace, which often includes what others may call trivialities. There must be a finite act through which one perceives the infinite (Abraham Joshua Heschel). Every trifle is infused with Divinity.

Rather than ignore the body, Halacha draws a person’s attention to its complexities. It informs human beings not to fall victim to grandiose dreams. There are limits to human existence, and it is exactly this fact that makes life a challenge and a joy. The body places a person firmly in a world where they cannot survive if they don’t act. A person’s view of the relationship between their body and soul reflects their attitude toward dependence on the outer world—is it embarrassing, or is it uplifting?

It is most telling that in the Torah, the world of dreams comes to an end with Sefer Bereishit, in which almost everybody dreams: Avraham, Yaakov, and Yosef; even Avimelech, Lavan, and Pharaoh. But once the Torah is given, there are no more dreams. It is as if the Torah teaches us that mitzvot (commandments) take the place of dreams. A dream is an expression of an illusory world. It represents dimensions of Heaven, where the impossible can happen; where time doesn’t play a role; where people are passive and things happen to them, beyond their actual capabilities. Dreams that take place as a religious experience transform a person’s world into a utopia for which there is no foundation, and those dreams have no chance of ever being actualized. They are unworldly and therefore dangerous. They are deaf and invulnerable to the cries of the real world.

But people need to dream. Dreams allow a person to be insane for a few moments. There’s a need for it, but it cannot be the foundation of their life. We must dream in order to demand of ourselves the impossible, so that it becomes conceivable, even if only once. But it must have a link to reality. Once it is totally disconnected, it loses its purpose.

Dreams are also moments of anticipation—”I have a dream!”— and one way in which people can make their dreams come true is by acting as if they are already taking place. Halachic requirements are often frozen dreams. They make people do things they are not yet ready to do; things that are still spiritually beyond them. An example of this is lighting the Chanukah menorah for eight days. We are required to add a candle every night and light it, as if we are ascending in spirituality throughout those eight days, with the last night being the most intense and powerful one. In fact, though, it is the first night that excites most people. To the average person, the new is more exhilarating. So the Jew is asked to act as if in a dream: light the candles as though you are becoming more and more excited with each day, so that one day you may really feel that the last candle is the most electrifying one. 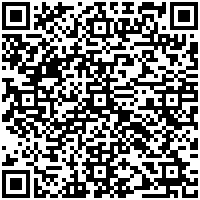