Ask Perrie Kamber Nordlicht if a great-grandmother can serve in the IDF and she will nod her coiffured salt-and-pepper-colored head. Perrie’s joie de vivre, her desire to keep giving and her ongoing good health make her the perfect candidate for Israel’s Sar-El program, a non-profit organization that places volunteers in different IDF bases to do non-combat work. Perrie, a great-grandmother many times over, is doing her eighth three-week stint this year.


Not One to Stop

Perrie was born in Brooklyn to American parents, and followed what is today a typical American Jewishly-observant trajectory: Hebrew school, yeshiva high school and Stern College. Her father, Moshe Yosef (Murray) Nagel, was president of the Agudah Benevolent Society for many years. “I vividly remember the euphoria on November 29, 1947 when the United Nations General Assembly voted 33 to 13 in favor of the Partition Plan. I was out roller-skating between listening to the voting,” says Perrie with a smile that captures the excitement that throbbed in the streets at the time. “Every year when we joined the Israel Parade on Fifth Avenue, I’d feel a similar swelling of pride,” she says.

In 1955, Perrie married revered Tanach teacher Alvin (Avraham) Kamber z”l and the couple went on to raise three daughters. After Avraham passed away, Perrie married accountant Irving Nordlicht. Today, twenty years after his passing, when many in Perrie’s peer group gravitate between mahjong clubs and doctor appointments, Perrie’s life is bursting with giving.

“When my mother passed away, I was able to divide my year between my family in the States and my family here,” she says. Capitalizing on the experience and knowledge garnered from twenty years as an English teacher, first at Baruch College and then at Yeshiva University, Perrie continues to share her skills in volunteer positions. She runs a workshop, Potpourri with Perrie, at the “Y” in Little Neck, Queens. Since the organization receives government funding, she cannot teach religion, and so, instead, she teaches Jewish culture, literature (Bible), and holidays, while sneaking in as much tradition as possible. Perrie also takes part in the Torah Mates program of Oorah. In Israel, Perrie tutors English to Ethiopian and Russian students and spends some Thursday mornings packing food parcels for families of victims of terror. She has also been a volunteer in Kew Gardens Hills, and, until recently, helped to man the hotline at the Shalom Task Force. Perrie’s sincere interest and sincere concern for others pushes her to keep giving. When I ask her to share the secret to her vitality, she admits that she rarely goes to gym. And then she serves her special chocolate-chip laden Mandelbrot.

Pack lightly because you must carry your own suitcase. Bring your own sheets, pillows and towels… and powdered milk if you need it in your coffee because there is no milk available on the army bases. These and other guidelines on the Sar-El site prepare volunteers with the basics of what they will need for the duration of their stay. But nothing prepares them for the two-inch thick mattress they will sleep on. Not that the conditions worry Perrie who happily turned the empty bunkbed above her own bed into her cupboard for this last visit to Sar-El. Then Perrie shows me a photo of the set of drawers covered with smiley faces that she lucked out on one year. Perrie’s love of adventure (she once took two of her granddaughters on a safari to Mombasa, Kenya) propels her, and other idealists, to volunteer year after year and sometimes for back-to-back sessions – even when husbands and wives are separated during the program and there can be up to eight volunteers sharing one room.

Getting Down to Work

The day begins at 6:30 am when Sar-El volunteers don khaki-green army uniforms, like every soldier. Perrie comes equipped with her own skirt in case the base can’t provide one. For this last three-week session in November, she was lucky and skirts were available. After breakfast, at 8:00 am, the English-speaking madrichot (group leaders) assign the work schedule. Depending on which base you are assigned to, tasks range from filling saltshakers and napkin holders (go find the napkins first) to taking inventory in enormous warehouses (every single item on the shelves must be checked against lists –

the younger volunteers are kind enough to tackle the lower shelves) to packing medical supplies to cleaning greasy armaments. Volunteers are ready for anything.

In previous years, Perrie was assigned to the Tel Hashomer IDF base in Ramat Gan, central Israel, adjacent to Tel HaShomer hospital (The Sheba Medical Center). Mornings began with flag raising and the singing of Hatikvah. Then the volunteers were sent to pack medical supplies (gauze pads, scalpels, plasters, burn-injury sets) that paramedics carry. The job included putting together stethoscopes, unpacking medical supplies that were due to expire in six months’ time and refilling the boxes. Medical supplies nearing the expiration date were sent to a nearby hospital to be used in routine procedures. In the final packing stage, morphine was added by the supervising soldier while the volunteers stood far back.

Sar-El manpower isn’t the only volunteer help on the base. Once a week, a group of elderly Sephardic women bus in to spend the morning helping pack medical supplies. Their mantra, “She lo nitztarech. Hopefully, we will never need this. It should expire without ever being used,” rings through the warehouse all morning except for the few minutes when the women take a break to share home-baked goodies. “The love that develops between these women convinces me that if anyone is going to bring Moshiach, it is these people,” says Perrie.

The year that Perrie was assigned to a base in Beersheva, she learned that American aid to Israel is sometimes second-hand. Armaments previously used in Afghanistan arrived greasy and covered in sand and mud. “We spent two weeks at an assembly line. We cleaned off the grime with steel wool and then repacked the parts in individual plastic bags in boxes. The third week, we climbed around on tanks,” she says.

While a regular work day ends at 4:00 pm, during Operation Tzuk Eitan (Protective Edge) in the summer of 2014, Sar-El volunteers on the base in Tel Hashomer put in extra hours and worked until 10:00 pm. One night, a siren went off. With 90 seconds to make it to a shelter, volunteers careened off. Perrie followed at a hurriedly sedate pace suited to her age.

“And then Moshiach (no joke – this is really the name of the warehouse manager) signaled to me and pointed to the sky. High above us was a missile from Gaza with a flaming tail. Together we watched as the interceptor missile fired from the Iron Dome met it and the two exploded in a ball of orange fire,” says Perrie. Then they got back to work.

Kosher Kitchens in the Army

This year, Perrie was assigned to the IDF air force base at Chatzor where she took on kitchen duty. Sometimes the bakery made rolls or glazed rugelach, and she stirred the base for chocolate soufflés. “All delicious, but it won’t help to ask for a recipe that calls for 40 pounds of flour,” she jokes. Some mornings, she filled potato burekas. “Potatoes for the filling are washed and peeled in a special drum, then put into pans and steamed in the oven because when you boil them in water, you leech out all the vitamins,” she says. On other mornings, Perrie checked tray after tray of eggs for bloodspots and poured the checked eggs into a two-liter jug. Rice and beans are cleaned mechanically and checked by a mashgiach who spots the infested bean by its color.

All utensils are clearly labeled milchig, fleishig or pareve and color-labeled accordingly. Kitchen areas are also designated clearly. And the Pesach store is kept locked throughout the year. The ice machine is pareve. “My favorite job is serving in the dining room. Although the soldiers help themselves to the side dishes, the main dish is served to them. There’s a rule that all soldiers have to be cute and I just had to hand out extra portions,” she says with a warm smile.

Only after Perrie has extracted my entire family history does she begin to share her own story. Precisely because she is a people-person, the mélange of different people who come to Sar-El makes it interesting to her. “On one session, half of the group was made up of evangelical Christians who feel very strongly that the land of Israel was given to us by God and that we therefore aren’t allowed to give away even an inch,” she says.

One volunteer, Katy,* had been a nurse in the American army in Vietnam. For two years, Katy was helicoptered into the battlefield, into areas that had been sprayed with Agent Orange, an herbicide and defoliant chemical known to cause serious birth defects, skin diseases and cancers. Areas cleared of vegetation meant easy spotting of the enemy. For Katy, exposure to Agent Orange led not only to over twenty surgeries to try to right the repercussions, but also to health complications for her daughter and granddaughter. PTSD still causes her to wake up at night screaming. And yet, Katy hasn’t finished giving to others.

Jews affiliated with the Reform movement also join Sar-El’s ranks. “One woman showed me a video of herself dressed in a tallis and kippah leading the services on Rosh Hashanah while the rabbi and her husband stood by. She mentioned that she had made a special effort to learn the special trop used by Chatan Bereishit,” says Perrie.

Thank you for Coming

When I ask Perrie for her most moving experience, she unhesitatingly says, “The appreciation that the soldiers have for us. They simply can’t understand why we would want to do this. Why we pay our way to get here. And it’s hard to explain why. Try to explain how good it feels to be surrounded by other Jews and to connect to Israel.” Perrie pauses and adds a pithy insight. “At my age, although I’m still wanted, I’m not really needed,” she says. Perrie’s insight unsettles me – because it contains a smidgen of quasi-truth borne from todays’ idolization of youth. And because it brings home the fact that, one day, I too will probably feel wanted but not needed. I pray that, like Perrie, I will be blessed with the good health needed to fill my days with giving that leaves me feeling both wanted and needed. And I wish the same for all our readers.

In the summer of 1982, in the midst of the First Lebanon War, moshavim on the Golan Heights were about to lose their entire agricultural crop. All the men had been called up for army reserve duty, leaving no one to harvest the produce. General Dr. Aharon Davidi, z”l, former head of the IDF Paratroopers and Infantry Corps, sent a recruitment team to the United States. Within a few weeks, 650 volunteers arrived in Israel. The initiative didn’t stop there. A few months later, Sar-El (the Hebrew acronym meaning Service for Israel was born. Today, Sar-El is represented in over 30 countries. Many disabled veterans and Israeli senior citizens also join the program on a part-time basis. 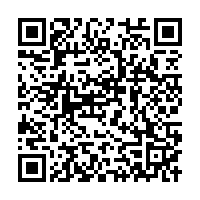