It was that time of year again. You know, the one that could raise the level of tension no matter else was going on. My kids could have perfect social lives, wonderful teachers, excellent grades… but that time of year would ratchet the stress around our house up to the max.

Time to bring the kids in so the doctor could check ears, shine a light in their eyes, and listen to their breathing.

But the real anxiety – oh, let’s call it what it was, the real terror – wasn’t a too cold stethoscope or a blood pressure cuff that squeezed your arm just a little too tight. It was the dreaded shots.

Year after year, I strategized: How far in advance should I tell them it was coming? A couple of days, so they could live in terror but gear themselves up? Or do I just get them in the car and say “Surprise! Time for your checkups!” and feel my heart twist as their big eyes shouted betrayal at me.

Sometimes I had to hold them down. I always had lollipops in my pocket to comfort them. They always got colorful adhesive bandages. And lots of stickers. But those didn’t really help. The fear stayed.

So it was that time of year, and as I felt my neck tense up, I told them it was time for checkups. And then…nothing! They weren’t afraid anymore. Oh, they weren’t happy about it, and the teenage eye-roll that accompanied my announcement wasn’t particularly heartwarming. But the fear, the tension? Gone.

It seemed like just yesterday my children needed coaxing – and, sometimes, even physical restraint. Now they rolled up their sleeves and sat placidly as the doctor poked their arms.

The remarkable thing about the Maccabees is that when they started, they didn’t know they were going to win. When we retell the story each year, I sometimes forget that.

But Judah and his brothers were undertaking an ambitious, ridiculous, campaign: A tiny army of farmers and shepherds, who had a bunch of shields and some farm tools, decided to standing up against the world’s superpower. A superpower that had elephants. Elephants. Those are big.

They must have been terrified. They didn’t know it was all going to work out and that all these years later we’d be eating latkes and donuts.

How did they conquer their fear? How did they muster the courage to march forward toward all those spears, swords – and elephants?

I think it was their shields. When we retell the story of Chanukah we don’t really glorify the Maccabees’ swords, their uniforms, their victories on the battlefield. (We have no Battles of Yorktown or D-Days to recall.) But we do talk about their shields – they even got their name from the acronym they wrote on those shields : Mi Camocha Baelim Hashem. Maccabee.

As the Maccabees charged forward, their shields reminded them of an essential truth: That the battle before them was just a small part of the larger picture; that yes, they might be running toward some no-fun pain, but they were also running toward a higher purpose. Toward the survival of their families, the Torah, and the Beit HaMikdash.

The shield helped protect them not just from a soldier’s arrow but also from the fear that could disable them from the inside. How did it do this? M-C-B-I. By reminding them that they were there for a cause greater than themselves.

And the same thing was true for my kids (l’havdil!) They had gotten older. More mature. Little kids live in the moment. They can’t see beyond what it right in front of them. Cookie? Yum! No thought of calorie counting. Shiny ball? Mine!

Shots? Get me out of here!

As much as I told them that shots would help them – and their entire community – stay healthy, they just couldn’t understand anything beyond the needle before their eyes.

But now my kids were sophisticated teenagers who understood: shots have a higher purpose. Yes, it hurt now, but getting them was important. The moment of pain was for a greater good, and they held out their arms for the cause greater themselves. They conquered their fears.

They still get a lollipop. And they don’t get measles.

I recommend the smiley-face bandages. 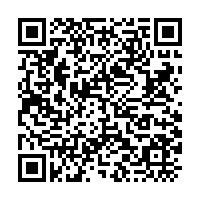