My son got married a few weeks ago to a lovely young lady who, in addition to being a teacher, is very involved in Orthodox Jewish outreach. Together they will be spending several weeks of their first married summer in Israel, continuing my daughter-in-law’s annual summer stint doing outreach in the Holy Land.

“Israel is a huge selling point in building Jewish identity,” my daughter-in-law tells me. But it is only the Orthodox who are able to instill a lasting religious component and significance through these trips. She has observed some Conservative Jewish groups that bring Jewish teens to tour Israel and appreciate the beauty of the land. However, these efforts seem to achieve little in the area of strengthening the participants’ ties to Judaism – other than perhaps inducing them to buy Magen David necklaces at local shops.


While some of the teens my daughter-in-law meets are from traditional Conservative homes, the majority of them come from completely unaffiliated backgrounds. And in all the years she has been involved in outreach she has yet to meet someone from a Reform background. It seems as if “unaffiliated” and Reform have become synonymous.

This is all the more troubling as the Reform leadership is seeking to make inroads by challenging the Orthodox status quo in Israel. Last November, Prime Minister Netanyahu initiated the first step toward validating the Reform and Conservative movements by pledging to match funding they receive from Israel’s Jewish Agency. In a speech to the Jewish Federations of North America General Assembly, Netanyahu announced that his government “is joining with the Jewish Agency to invest in strengthening Reform and Conservative communities within Israel.”

This was followed by the recent “historic” vote by Netanyahu’s cabinet to create a space by the Kotel for egalitarian prayer and mixed-gender ceremonies for non-Orthodox Jews, as well as the landmark ruling by Israel’s Supreme Court that mikvehs in the country must facilitate non-Orthodox conversion rites. Last month Netanyahu invited Reform’s Central Conference of American Rabbis to a parliamentary committee meeting, where they were showered with praise from secular Israeli lawmakers.

No doubt, fostering relationships with Diaspora Jews is a priority for any Israeli administration. But with every day bringing more stabbings, shootings, and stonings by Arab terrorists, one would think Netanyahu would spend his time more profitably by concentrating on security matters. Jeopardizing his fragile coalition by angering his Orthodox partners with threats to the Orthodox status quo is hardly the way to go about it. Netanyahu’s interference, especially with the sacredness of the Kotel, is messing with the Divine. And his actions are counterintuitive since he is courting the very group that opposes the policies he espouses to protect the country.

Given the 2013 Pew study that pegged the intermarriage rate among American non-Orthodox Jews at a staggering 71 percent (with an exploding alienation rate among the current “millennial” generation), inviting Reform Jewish leaders to inject pluralism into Israeli society is nothing less than asking them to duplicate their failure in a new milieu.

As Reform Jews in America disappear into the abyss of assimilation at record rates, Reform rabbis and officials are trying desperately to remain relevant. Having failed on all other fronts, they are setting their sights on Israel as the new and last frontier to conquer.

When he was elected in 2011, Union for Reform Judaism President Rabbi Rick Jacobs openly acknowledged the challenge facing Reform Jewry. “No more than 50 percent of North American Jews are members of synagogues at any one time,” he said. “Unless we change our approach, there is little chance that Jews in their twenties and thirties will even enter the revolving door of synagogue affiliation. Hoping is not a strategy; the Jewish world needs new approaches for engaging the future.”

This “new approach” by the Reform leadership to insinuate and grow their movement in Israel threatens not only the religious fabric of Israeli society but the very existence of the state. In thrall to left-wing ideology, Reform leaders are actively engaged in pushing their version of tikkun olam, which of course faithfully reflects a strong left-liberal agenda. And in many Reform precincts that agenda includes a hearty certification, if not an outright endorsement, of thinly veiled anti-Israel advocacy.

Jacobs, aligned with J Street and the New Israel Fund, was one of the first Jews to publicly condemn Netanyahu’s speech to Congress on Iran, calling it a “bad idea” and saying Netanyahu was “ill advised” to carry it through. Speaking at a URJ gathering last November, Jacobs said the Reform movement “has long opposed settlement policy in the West Bank,” adding that “the occupation threatens the very Zionism we hold dear.” He further noted that many would-be campus activists are conflicted between their opposition to BDS and their criticism of Israeli government positions.

Is this the sort of “community” Netanyahu wants to strengthen in Israel? At what point does the goal of inclusiveness in the name of pluralism alienate other communities? Especially when those other communities seek to preserve the traditional Jewish values that protect both the spiritual and physical security of the land of Israel.

In his attempt to garner favor from the largest (but rapidly shrinking) denomination of American Jewry, Netanyahu is exhibiting the same skewed logic that has plagued Israeli hasbarah. Rather than proudly pronounce the rights of the Jewish people to their biblical inheritance, Israel’s public relations geniuses promote every community and special interest group that tickles the fancy of progressives and leftists. But just as Reform leaders have failed miserably at bolstering – or even sustaining – their community’s numbers by identifying with a secular progressive agenda, so too will Israel fail to bolster its standing among the nations by promoting that community and its values.

Reform and Conservative Jews who scoff at the notion of a God-given Torah certainly do not believe in the sanctity of the God-given land. Without those religious convictions it is as easy for them to shun Jewish laws that have sustained the Jewish people for millennia as it is to subscribe to policies that would surrender Jewish land for an illusionary peace.

So while Jews of all denominations and backgrounds should be welcome in Israel with open arms, those who press for a non-Orthodox agenda at the expense of Israel’s security should not.

At a time when the threats to that security are at their highest, it is imperative for the Israeli government to be wary of championing those who undermine thousands of years of Jewish values and beliefs. A far more sane course would be to foster better relationships with those who invest more in their Judaism than just a Magen David on a chain. 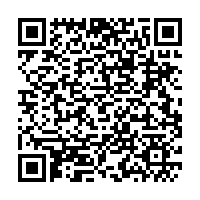