Majority Rules In The Assembly

Only in Albany is math skewed to the point where 76 is not a majority of 150. There are 150 members of the Assembly (42 Republicans, 104 Democrats, and four open seats), and it takes a majority of members to get legislation passed. You would think that would mean 76 members sponsoring legislation would green-light the measure to get on the floor for a vote. Well, not in the Assembly, where partisan politics apparently never takes a break.

To make matters worse for Republicans, they are losing members without even holding an election. Assemblyman John Ceretto, a Niagara Falls native, jumped the Republican battleship and moved to the majority side of the aisle, switching his enrollment from Republican to Democrat.

“The speaker and the majority leader offered me an opportunity to be John, to vote my conscience, to vote my district, that I would have a strong voice in the conference and that I would have resources for the people that I serve,” Ceretto (D-Lewiston, Niagara County) told The Jewish Press.

This type of switch does not happen often. Suffolk County Assemblyman Fred Thiele (I-Sag Harbor) jumped from the Republicans to the Independence Party in 2009, saying the GOP no longer stood for pocketbook issues. While he has not switched his enrollment to the Democratic Party, which rarely wins seats on the eastern tip of Long Island, he currently caucuses with the Democratic conference in the state Assembly.

Go To The Polls April 19

April 19, presidential primary day in New York, will also serve as Election Day in three Assembly contests and one Senate race. The Lower East Side seat vacated by Assemblyman Sheldon Silver will be filled by a non-Jew, while the Staten Island seat vacated by Joe Borelli (who moved on the New York City Council) and the Brooklyn seat that opened up when Roxanne Persaud moved from the Assembly to the state Senate will continue to be filled by non-Jews. As of now, 14 percent, or 22 members, of the state Assembly identify as being Jewish.

In the Senate race, the seat vacated by Dean Skelos, a Nassau County Republican, could be filled by Jewish assemblyman Todd Kaminsky. If Kaminsky is successful in moving to the upper house, not only will it have an impact on the balance of power in the legislature, it will leave his seat open in the Assembly. Currently seven senators – 11 percent of the state Senate – identify as Jews.

For 33 years the chief judge of the Court of Appeals, the state’s highest court, identified as being Jewish. That record fell earlier this year when Jonathan Lippman retired and Janet DiFiore succeeded him. 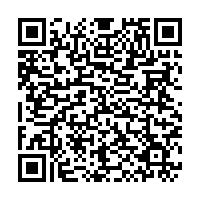