Home InDepth Columns A Package From Home
Share on Facebook
Tweet on Twitter
I am not sure if many readers understand the severity of a young soldier’s life during periods of conflict. The noise, the isolation, the fear and uncertainty of where a bullet or rocket will strike next, the waiting and the pressure are constant companions of our boys at the front. Soldiers spend days in the field, often in their tanks, with no opportunity for rest, relaxation, a word from home or a hot shower. The situation today, while greatly intensified, is similar to what our boys have been facing on Israel’s borders for the last several years.

Barbara Bloom Silverman, a former Chicagoan who has lived in Jerusalem for 24 years, was driving past an Israeli roadblock near the Arab town of Ramallah in 1985. She realized that while she was headed for a wonderful Shabbat with her family, the youngster in his helmet and vest, sweating from the heat, was looking forward to a bleak weekend. She told her husband that she wanted to bring these soldiers a hot Shabbat meal on Friday, and that’s what they did. The six soldiers at the roadblock were excited to get the home-cooked meal and shyly asked if there was any for their friends at a nearby roadblock. Thus started a weekly tradition of bringing 48 meals every Friday, until the roadblocks were declared too dangerous for her to visit.

When the second intifada began in October 2000, many of Barbara’s friends from Chicago asked what they could do to help. One friend sent her a $180 check, saying, “I know you always plan something for the soldiers.”

Barbara decided to establish a project called “A Package from Home”.

The purpose at first was to provide care packages for combat soldiers and lone soldiers who had left their families in the Diaspora and had no family support in Israel. One soldier was so impressed with the package that he called his mother in Moscow and told her that he had received a great package from a total stranger. His mother said, “Now I understand why they say that all Israel is one people.” The soldier wrote Barbara and told her that the warm socks and headgear helped him survive during his foot patrol on the Syrian border.

One day last week a soldier entered the packing room with perspiration rolling down his face and his hair matted to his scalp. He saw the clean T-shirts, underwear, anti-fungal socks, packages of wet wipes, assorted candies, toothbrushes and toothpaste, deodorant, shampoo, medicated hand cream, lip balm, sunscreen and other creature comforts. He said, “I spent the last four days inside my tank with no relief.

“The temperature in the tanks can reach more than 100 degrees in the daytime and is very low at night,” he said. “When we receive these packages, we tear off our filthy clothing and put on this fresh clothing on our dirty bodies. Barbara, if you could only tell the people who provide the funds for these packages what it means to receive the wonderful items that give us such a sense of relief and make us feel human again! We then enjoy the sweets and snacks while we read the wonderful letters of support from all around the world.” He then took Barbara’s hand and kissed it and said as all the soldiers do “Elef Brachot” – a thousand blessings.

Checks and cash help “A Package from Hope” cover expenses for clean underwear and clothing, but there is an even more exciting way to help. Groups traveling from the States often carry duffel bags filled with small items. They also bring snacks, and Barbara adds fresh underwear, wool caps for winter, T-shirts in summer and letters to the soldier written in four different languages.

Writing letters can be an ideal class project. These groups often meet the soldiers face-to-face and help pile the packages into the truck. Groups include those from Birthright, USY, Yeshiva University, synagogue groups, Christian pilgrimages and bar and bat mitzvah parties. A community or a group may adopt an entire military unit. More than 200 units have been adopted, and one young bar mitzvah boy directed that his gifts pay for the construction of a gym at one of the army bases.

Ten thousand packages have been sent since Corporal Gilad Shalit was kidnapped. His whole unit received packages, and one was delivered to his parents with over 2,000 letters of support. Jews and non-Jews from the UK, Australia, Wales, Scotland, Brazil, Venezuela, South Africa, France and many other countries sent letters of support.

A chesed organization that has a refrigerated truck delivers ice cream and cold drinks twice a week to soldiers in the North. In an effort to do more, the driver asked the soldiers standing around his truck what they need the most. They shouted back, “Underwear”! He explained that he has no contact or knowledge of where to buy underwear. They responded in a single voice, “Ask Barbara”.

Barbara Bloom Silverman may be contacted at emess@netvision.net.il.  “A Package from Home” needs your immediate support for the purchase of large quantities of goods for immediate packing. Send your American tax-deductible checks payable to Ziv Tzedakah Fund and write in the memo, “A Package From Home”. Mail to Naomi Eisenberger, Managing Director, Ziv Tzedakah Fund, 384 Wyoming Ave., Millburn, NJ 07041. 973-763-9396 (phone), 973-275-0346 (fax).

Online donations can be made at www.ziv.org by clicking the “Donate Now” button.

Learn more about “A Package from Home” at www.apackagefromhome.org. Tax refundable shekel donations may be mailed to the AACI at PO Box 30017, Jerusalem 93341, Israel (with “A Package From Home” in the memo). 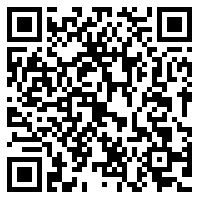