The Midrash recounts a surreal conversation between a rabbi and a Roman noblewoman. She told him that her god – snakes – are greater than his. (There were some strange folks in ancient Rome.) Not only that, she can prove it from the Torah, she said. The rabbi, intrigued, invited her to do so.

She pointed to the famous story of the burning bush. The Torah records that when Hashem appeared to Moses, Moses averted his gaze. Later, Hashem tells Moses to throw his staff on the ground, and when it turns into a snake, Moses flees from it.


“When confronted by your god,” the woman said, “all Moses does is hide his gaze. When my god appears, however, look at Moses’ reaction. He runs away!”

The rabbi responded that she had it all wrong. “Your god barely possesses any power at all. Move away a short distance and it cannot threaten you anymore. But my god? My god, Hashem, is everywhere! There is nowhere to run. So Moses just respectfully averted his gaze.”

You’re probably wondering why the Midrash relates this incident. What lesson, after all, does it teach us? In fact, it conveys a crucial message, one that is very pertinent to American Jews in 2019: The same event, viewed by two different people, can yield two completely different conclusions.

Consider the humiliation that Brett Kavanaugh was subjected to as a Supreme Court nominee. An accusation, without a shred of evidence backing it and many provable falsehoods undermining it, was automatically seen as true by liberals and false by conservatives.

It is hardly a surprise that this era has been described as “the post-truth era.” Russia’s industrial-scale hacking of other countries’ Internet and media was designed to produce precisely that. That, at least, is the pronouncement of the man behind it, Vladislav Surkov. After a BBC documentary team exposed his identity and activities, Surkov wrote, “Politicians complain that Russia is meddling in elections… it’s much more serious than that. Russia is meddling in their brains!”

In this post-truth world, Ilhan Omar can claim she is not anti-Semitic in the slightest – and be believed. Rashida Tlaib can make insanely unbelievable claims about Palestinian Arabs offering “refuge” to Jews fleeing the Holocaust, and any attack on her is declared Islamophobic. The fact that people were condemning her lie, not her religion, is utterly irrelevant.

I recently saw a piece in The Guardian, the UK’s most anti-Israel publication, which, in the view of most UK Jews, has loooong ago meandered into outright anti-Semitic territory. This piece, by an American Jew, Joshua Leifer, who belongs to an “anti-occupation” group, argues that the available evidence proves that Tlaib is actually a noble victim, not an anti-Semite. The piece was entitled, “Democrats are finally getting wise to Republicans’ antisemitism smears.”

I recently joined a conversation on a former student’s Facebook page. He hates President Trump and Republicans and had written a lot on his page about Charlottesville and Trump’s statement that there are good people on “both sides,” alongside pictures of the neo-Nazis who marched there.

I pointed out to him that the protests erupted because the Left insisted that a statue of Robert E. Lee be pulled down. I argued that the president’s comment was solely about people on both sides of that debate. To my mind, that was a reasonable and fair claim – yet it produced an eruption of anger and a demand that I find him “one clear condemnation” by Mr. Trump of the neo-Nazis who turned up. It took me two clicks of a mouse to do exactly that.

Has my ex-student modified his position? Not in the slightest. This is the post-truth world. Fewer and fewer people are interested in evidence or facts. It’s similar to the era when a leader named Elimelech couldn’t handle the people of his time anymore and simply walked away.

But Elimelech was wrong to leave his people behind, and the Talmud criticizes him for it. Even in a world where most people (including many Jews) have stopped listening, it’s nevertheless worth making an argument. There are still plenty of Jews whose minds remain open. 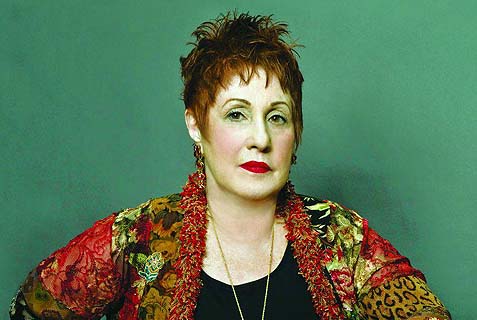 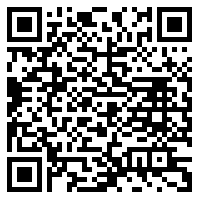