Jonathan Xie, 20, from Basking Ridge, New Jersey, was arrested on Wednesday and charged by the US Attorney for NJ with donating $100 to Hamas and making threats on Instagram to “bomb Trump Tower.”

Xie also said he forgot to “visit the Israeli embassy in NYC… I want to bomb this place along with trump tower.”

Last December, Xie claimed he had sent $100 to an online contact who presented himself as a Muslim terrorist affiliated with Hamas. He posted a receipt on Instagram, bragging: “Just donated $100 to Hamas, pretty sure it was illegal but I don’t give a damn.”

According to the federal complaint against Xie, last January the FBI became aware of the man’s support for Hamas online, and his fantasies about gunning down supporters of Israel. In a video he uploaded to Instagram in April, he held up a handgun and declared: “I’m gonna go to the […] pro-Israel march and I’m going to shoot everybody.” He also posted a yes/no poll asking his followers (he had followers) whether he should “bomb Trump Tower.”

According to the FBI, the gun in the video is registered to Xie’s father.

Xie said he wanted to enlist in the US Army so he could “learn how to kill.” He actually applied once, in February, and, according to the FBI, responded with a resounding “No” when asked about associates who were “involved in activities to further terrorism.”

US Attorney Craig Carpenito said Xie was an example of “homegrown violent extremists” and a “serious threat to national security.”

Although, if I may, there are plenty of folks capable of blowing up Trump Tower, but they probably don’t pose on Instagram with their daddy’s gun. But what do I know.

Carpenito stressed that the actions Xie had taken and was planning to take “made that threat both clear and present, and we commend our law enforcement partners for working closely with us to stop him before he could carry out his plans to commit violence on American soil.”

The US Attorney also said: “We will continue to do everything in our power to safeguard our country and its citizens from the threat of terrorism, whether that threat comes from abroad or—as here—from within.” 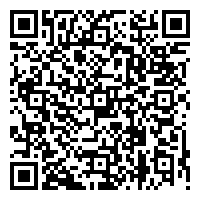